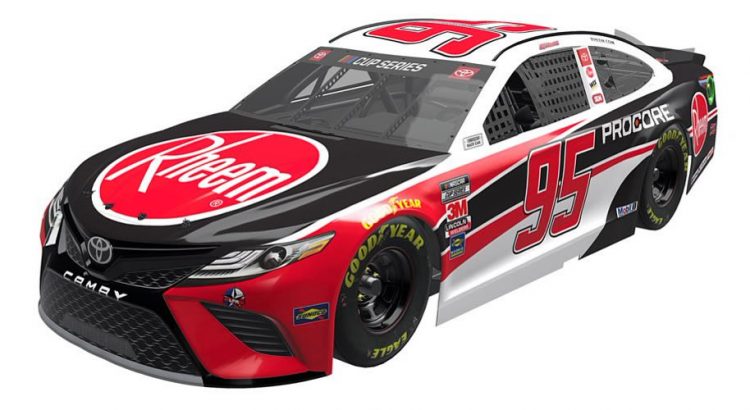 2020 Preview: Christopher Bell will take over for Matt DiBenedetto in the No. 95 car for Leavine Family Racing. The alliance that LVR had with Joe Gibbs Racing last year will be different from what they will have in 2020. LVR will have all of the assets of JGR to their exposure. The cars will be made and tested in JGR facilities and the two teams will share notes at the track. The No. 95 team will essentially be a fifth car for JGR in 2020.

Bell will compete against Cole Custer and Tyler Reddick for the Rookie of the Year award. Unlike the other two drivers, Bell has never competed in a Cup Series race. It should not take him long to get used to the step up in competition. Bell is bringing his entire Xfinity Series team with him to LFR in 2020. That should make the transition much easier. He has had a lot of success with Jason Ratcliff as his crew chief and their success should translate into top 15 finishes in the Cup Series.

Christopher Bell was a beast on the 1.5-mile tracks in the Xfinity Series last year. He won at Atlanta and Texas and he finished six of the 10 races in the top five (It would have been seven of 10 if his car was not disqualified at Chicago). Bell was also good at qualifying at these tracks. He won the poles at Texas, Kansas and Charlotte and he qualified in the top three in eight of the 10 races. Bell should be a good fantasy pick for both season long leagues (Driver Group Game and Fantasy Live) and DFS (Daily Fantasy Sports) at the Intermediate tracks in 2020.

Christopher Bell performed well at the Superspeedways in the Xfinity Series. He finished third and 12th in his two races at Talladega and he finished his last three races at Daytona in the top six. The only problem with Bell on these tracks is his manufacturer. There will only be a handful of Toyotas in the field at these tracks and the Chevy’s and Fords will likely work with their teammates and leave the Toyota’s out on their own. Denny Hamlin won the Daytona 500 last year so although the manufacture alliances affects 90% of the race; it is still every driver for himself when the white flag is waived. I would not use Bell in the Driver Group Game at the Superspeedways. His allocations are too valuable to be used at in an unpredictable race.

The best tracks for Christopher Bell are the Flat tracks. Loudon ranks as his best track and Iowa was his second-best track in the Xfinity Series. Bell has won every race he has started in the Xfinity Series at Loudon and he finished 1st or 2nd in his last four races at Iowa. He also won three of his five races at Richmond. Phoenix is his worst Flat track but he still finished three of his five races at ISM Raceway in the top four. Bell must be in all fantasy lineups at Richmond and Loudon.

It will be interesting to see how Christopher Bell’s success on the Steep tracks in the Xfinity Series translates into the Cup Series. Usually rookies struggle in these races because of how tough it is to gain a position in these races. Bell has two wins at Dover and one win at Bristol in the Xfinity Series. He qualified second and finished fourth at Darlington last year so he is also good at the Lady in Black. I would rather save my allocations with Bell in the Driver Group Game for the Flat and Intermediate tracks but he can be a good play in DFS if he qualifies outside the top 15.

Christopher Bell admitted last year that Road Course racing is not his favorite style of racing. Just because he does not like it, does not mean he is not good at it. Bell finished fifth and 12th in his two races at the Charlotte Roval and second and ninth in his races at Watkins Glen. He also had solid runs at Mid Ohio and he won the race at Road America. I would not recommend using Bell at the road courses in his rookie season. His allocations are too valuable at the oval tracks to be used in the Driver Group Game and he will only have value in DFS if he qualifies outside the top 20. Use the drivers with more experience who actually love making left and right-hand turns.