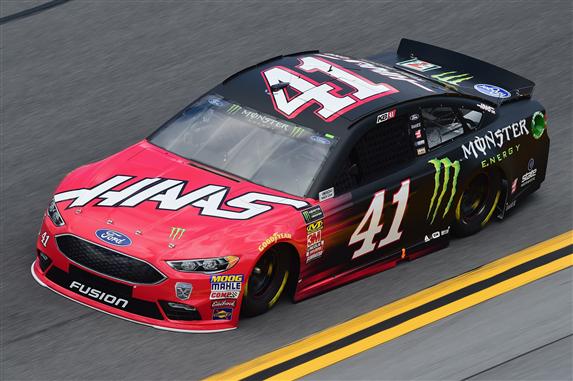 2018 RECAP: Wow, the 2018 season did not go very well for Daniel Suarez. The 2016 Xfinity Series Champion was rushed into the Cup Series when Carl Edwards abruptly retired. I figured Suarez was not ready for the move in 2017 and would make significant improvements in 2018 now that he had more experience in the series. I was wrong. His rookie season (2017) was better than his sophomore season (2018) and that is the reason he lost his seat at Joe Gibbs Racing. Suarez had a 17.4 average starting position and an 18.5 average finishing position last year. That is unacceptable for a driver in a JGR car. Hopefully a change of scenery will help Suarez in 2019. (Daniel Suarez ranked 21st in fantasy points scored in 2018)

2019 Preview: Daniel Suarez is one of the hardest drivers to predict for the 2019 season. He will take over the seat in the No. 41 car for Stewart-Haas Racing. Billy Scott is likely to be the crew chief and AARIS will be the primary sponsor (One of the main reasons why Suarez got this job).

Kurt Busch had a lot of success in the No. 41 car. Will Suarez have the similar results? This could go one of two ways. Suarez’s career could be similar to Joey Logano’s. Logano took over the seat at Joe Gibbs Racing for Tony Stewart. Logano was not ready for the move and he really struggled at JGR. He left after four seasons and went to Team Penske Racing. Logano’s career took off with his new team. Could that happen for Suarez at Stewart-Haas Racing or will Suarez have similar results as Danica Patrick at SHR? Time will tell the story. One thing is for sure… Stewart-Haas Racing will give Suarez everything he needs to succeed in 2019. Now he needs to get the job done.

Daniel Suarez has been good at Talladega and horrible at Dayton in the Cup Series. Suarez has an average finishing position of 15th in his four races at Talladega. He has never crashed at that track and he has led laps in half of his races. It is a totally different story at Daytona. Suarez has an average finishing position of 29.9 at Dayton and he has crashed out of three of his four races. I would avoid Suarez at Daytona, but he is worth a spot in the Driver Group Game at Talladega. (Daniel Suarez ranked 31st in fantasy points scored on the Superspeedways in 2018)

The flat tracks (Phoenix, Richmond, Martinsville and Loudon) have been some of the best tracks for Daniel Suarez. Richmond ranks as his third-best track. He has an 11.5 average finishing position in his four races at Richmond. Suarez has three career races at Loudon and he finished two of them in the top eight. Suarez has been hit or miss at Phoenix. He has two finishes in the top eight and two finishes outside the top 15. Suarez is not worth the gamble in the desert. Martinsville ranks as his 17th-best track. I would not use him on your fantasy team at the paper-clip shaped track. Suarez is a good sleeper pick at Richmond and Loudon, but he is too risky for Phoenix and Martinsville. (Daniel Suarez ranked 20th in fantasy points scored on the flat tracks in 2018)

Daniel Suarez should be in all fantasy lineups at Dover and he should be avoided at Bristol and Darlington. The Monster Mile ranks as the second-best track for Suarez. He has four starts at the track and he has never finished outside the top 10. Make sure he is in your Driver Group Game lineup at Dover and he is worth a chance in Daily Fantasy Sports (DFS) if his price is right. Suarez has never finished in the top 10 at Bristol and Darlington ranks as his worst track. There are better choices for your fantasy team in Thunder Valley and at the Track Too Tough to Tame. (Daniel Suarez ranked 18th in fantasy points scored on the steep tracks in 2018)

Daniel Suarez is one of the better sleeper picks at the Road Courses (Sonoma, Watkins Glen and Charlotte Roval). Watkins Glen ranks as his best track. Suarez has two starts in the Cup Series at The Glen and he has finished third and fourth. Make sure he is in your Driver Group Game lineup when the series travels to upstate New York. Suarez has been decent at Sonoma. He finished 15th and 16th in his two races. Last year he finished 21st in his first Charlotte Roval race but his average running position was 12th. Stewart-Haas Racing has been the best team on the Road Courses over the last three seasons. Suarez should have a lot of success at these tracks in 2019. (Daniel Suarez ranked 13th in fantasy points scored on the road courses in 2018)