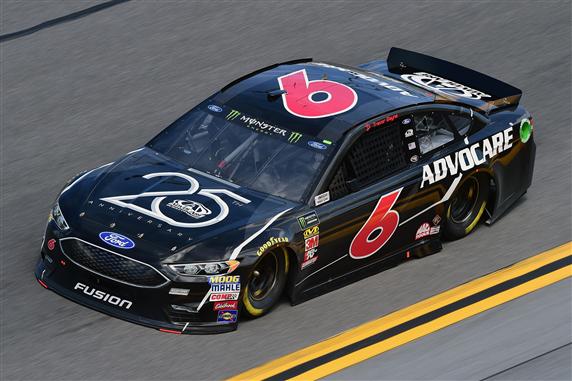 2018 RECAP: It was an average season for Ryan Newman in 2018. He was able to finish 1/3 of the races in the top 10, but failed to make the playoffs. He was only able to lead 57 laps all season and that does not translate into much fantasy value for your team. It is hard to believe Newman has been at Richard Childress Racing for five seasons. He was not having much success in the last three seasons so a change of scenery may be what he needs. (Ryan Newman ranked 15th in fantasy points scored in 2018)

2019 Preview: Ryan Newman left Richard Childress Racing to join Roush-Fenway Racing in 2019. The move will probably be the last stop for Newman before he hangs up his helmet. Newman signed a three-year deal to drive the No. 6 car. Scott Graves left Joe Gibbs Racing to serve as the crew chief for the team. Wyndham Rewards will serve as the primary sponsor for the car.

Matt Kenseth drove the No. 6 car in 15 races last year. He had a 21.9 average starting position and a 19.9 average finishing position. It is hard to imagine Newman will have a lot more success in the car then Kenseth had in 2018. Newman will still be a good fantasy pick at the Superspeedway, Indianapolis and the flat tracks, but I would take a “wait and see” approach with him before selecting Newman for your lineups on the large oval tracks.

Ryan Newman is a former Daytona 500 winner and he still has a lot of value on the Superspeedways (Daytona and Talladega). Daytona ranks as the second-best track for Newman. He has finished 5th, 8th and 8th in his last three starts at the track. Newman has also had success at Talladega. He finished 2nd, 9th and 25th in his last three races in Alabama. Newman is a great pick for the Driver Group Game when the Cup Series competes at Daytona. He will also have value in DFS if he qualifies outside the top 20. I expect Newman to work well with his teammate (Ricky Stenhouse Jr.) on the Superspeedways and both drivers should be top 10 picks for your fantasy team. (Ryan Newman ranked 7th in fantasy points scored on the Superspeedways in 2018)

Ryan Newman has always been one of the best flat track (Phoenix, Richmond, Martinsville and Loudon) drivers in the Cup Series. He has six trips to Victory Lane in his career at these tracks. Three of them came at Loudon and two at Phoenix. You will want to give Newman a spot in your Driver Group Game lineups at these two tracks. He has an 11th-place average finishing position in his last five races at Phoenix and a 9.5 average finishing position in his last two races at Loudon. Newman will have value in DFS in all of the flat tracks as long as he qualifies outside the top 15. Roush-Fenway Racing has had some success at these tracks so Newman should be a good sleeper pick for your fantasy team. (Ryan Newman ranked 13th in fantasy points scored on the flat tracks in 2018)

Ryan Newman is not the first name that comes to mind when people think of steep track racing (Bristol, Dover and Darlington) but he should be on your short list. Bristol ranks as his third-best track and his old-school driving style fits Darlington perfectly. Newman has a 9.3 average finishing position in his last three races in Thunder Valley. He also has an 11.3 average finishing position in his last three races at Darlington. Newman should be in all Driver Group Game lineups at these tracks and he will be a good pick for DFS if the price is right. (Ryan Newman ranked 19th in fantasy points scored on the steep tracks in 2018)

There are better drivers for your fantasy team at the Road Courses (Sonoma, Watkins Glen and Charlotte Oval) then Ryan Newman. Sonoma ranks as his 18th-best track and Watkins Glen is his 20th-best track. Newman did have some success at the Charlotte Roval but that had more to do with the end of the race crashes then with him driving through the field. I suggest sticking to the Road Course experts for your fantasy team and leaving Newman for the round tracks. (Ryan Newman ranked 19th in fantasy points scored on the road courses in 2018)