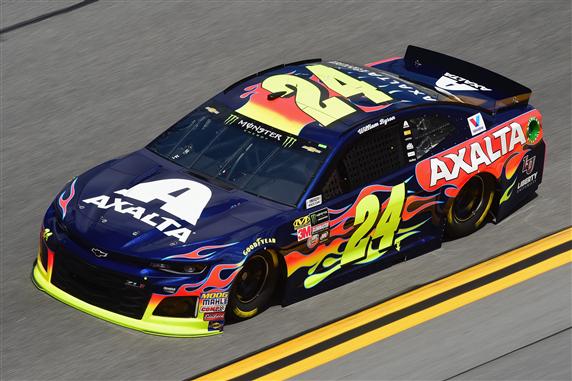 2018 RECAP: As you can see from my 2018 Fantasy Rankings, I really expected a lot out of William Byron last year. He was taking over the car left by Kasey Kahne and had Hendrick Motorsports funding behind him. It did not work out as planned. This had a lot more to do with the lack of speed in the Chevys and his lack of experience then it had to do with Byron’s talent. He only had four finishes in the top 10 (Texas, Pocono, Watkins Glen and Phoenix) and no finishes in the top five. Byron is a quick learner so I am not too worried about his future.  (William Byron ranked 20th in fantasy points scored in 2018)

2019 Preview: There is a big change coming to the No. 24 team in 2019. Chad Knaus will take over the crew chief duties for the team. Having a crew chief with seven championships calling the shots should help William Byron a lot in 2019. Knaus is a good teacher and Byron is a good student. Knaus had nothing more to teach Jimmie Johnson so it only made sense for Hendrick Motorsports to make this move. My gut says this ranking is way too low for Byron but until he proves it on the track, I will keep him just inside the top 20.

Hendrick Motorsports is usually one of the best teams on the intermediate tracks but that was not the case in 2018. The entire organization struggled to compete with Joe Gibbs Racing and Stewart-Haas Racing. Chase Elliott and Alex Bowman had some success, but William Byron was the weak link on the team. He had an 18.8 average starting position and a 26.4 average finishing position on the intermediate tracks last year. Not good. I expect Byron to show a lot of improvement in 2019, but I would take a “wait and see” approach with him. If he runs well at Atlanta, Texas and Kansas, feel free to use him at Charlotte. (William Byron ranked 22nd in fantasy points scored on the intermediate tracks in 2018)

Hendrick Motorsports gave William Byron a car fast enough to qualify upfront at the Superspeedways (Daytona and Talladega) but he had a hard time keeping it there. Byron finished 23rd and 32nd in the two races at Daytona. He was slightly better at Talladega. He finished 20th and 29th in the two races in Alabama. The good news is that he was able to lead the field in three of the four restrictor-plate races. Byron has a win at Dayton on his Xfinity Series resume so it is only a matter of time before he figures out how to compete in the Cup Series at the Superspeedways. (William Byron ranked 29th in fantasy points scored on the Superspeedways in 2018)

The best tracks for William Byron in his rookie season were the flat tracks (Phoenix, Richmond, Martinsville and Loudon). Phoenix was by far his best track. He finished 9th and 12th in the two races in the desert and lead 15 laps in the March race. Byron will be a good sleeper pick for the Driver Group Game in the desert this year. Byron finished 12th at Richmond and 14th at Loudon. Not too bad. He will be worth a look in Daily Fantasy Sports (DFS) at these tracks if the price is right. I would hold off using Byron at Martinsville. It was one of his worst tracks last year. (William Byron ranked 16th in fantasy points scored on the flat tracks in 2018)

William Byron will not be a very good pick at the steep tracks (Bristol, Dover and Darlington) in 2019. He struggled at Bristol in the Xfinity Series and he did not show any improvements in Thunder Valley in the Cup Series last year. There are better choices for your team at Bristol. Byron was decent at Dover. He finished 14th and 19th. I still think you can do better with your Driver Group Game picks at the Monster Mile. Darlington ranked as his second-worst track. He finished 35th and proved the track really is Too Tough to Tame. (William Byron ranked 17th in fantasy points scored on the steep tracks in 2018)

Who would have thought entering the 2018 season that the best track for William Byron would be a Road Course (Sonoma, Watkins Glen and Charlotte Roval)? Byron qualified 16th and finished 8th at Watkins Glen. It was his second-highest finish of the season (behind his 6th-place finish at Pocono). Byron struggled at the other two Road Courses. He finished 25th at Sonoma and 34th at the Charlotte Roval. Although he had success at Watkins Glen, I would find a more experienced driver for your fantasy team at the Road Courses this season. (William Byron ranked 22nd in fantasy points scored on the road courses in 2018)