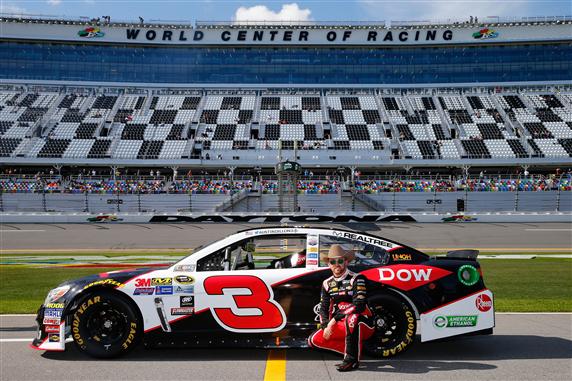 2017 RECAP: Austin has a lot more value on the track then he does in Fantasy NASCAR. Dillon finished 11th in the MENCS point standings but only had the 21st best fantasy value. The reason he is not as good in Fantasy NASCAR is because he is inconsistent. Dillon only had four finishes in the top 10 last year (Martinsville, Charlotte, Michigan and Darlington). All of his top-10 finishes were at tracks with different sizes and shapes so it is hard to say he is good at one type of track. Dillon did win his first race (Charlotte) in 2017 so the team should have considered the season a success.

2018 Preview: There will not be any changes to the No. 3 team in personnel. Richard Childress Racing is scaling back from a three car team to a two car team but I do not think it will have an effect on Ryan Newman or Dillon. Richard Petty Motorsports is moving to Welcome, North Carolina and will be closely aligned with Richard Childress Racing. The team will also be support Ty Dillon at Germain Racing and Kasey Kahne at Leavine Family Racing. Although their will only be two cars in the Richard Childress Racing garage, Dillon will be sharing information with three other drivers.

I really expected a breakout season from Dillon in 2017 and it did not happen. He has a lot of talent but Dillon has not been able to run up front like some of the other young drivers (Kyle Larson and Ryan Blaney). I am starting to think that Dillon will never live up to the expectations he had when he entered the MENCS. Dillon will finish most of the races in the top 20 but only have a 6-8 finishes in the top 10. His fantasy value will be about the same as it was last year.

Austin Dillon has the talent to run in the top 10 at the Intermediate tracks (1.-5mile and 2-mile ovals) but Richard Childress Racing has not been able to provide him the car to do so. Dillon ranked 16th in fantasy value at these tracks in 2017. He was able to save fuel and win the Coca-Cola 600 at Charlotte. Dillon was able to finish eight of the 14 races on the Intermediate tracks in the top 15. His best races came at the end of the season when he finished 14th at Kansas, 13th at Texas and 11th at Homestead. Hopefully this translates into some momentum for the 2018 season.

Austin Dillon had a rough season on the Superspeedways (Daytona and Talladega) last year. Dillon ranked 28th in fantasy value at these tracks in 2017. Do not write off the No. 3 car at the Superspeedways based upon last year’s results. Dillon is still one of the best at these two tracks. Before last year Dillon had finished five of his last six races at Daytona and Talladega in the top 10. I expect a bounce back season from Dillon at the restrictor-plate tracks in 2018.

Austin Dillon does not have much fantasy value at the Flat tracks (Phoenix, Richmond, Martinsville and Loudon). Dillon ranked 18th in fantasy value at these tracks in 2017. The only rack where he had success at was Martinsville. Dillon finished 5th in the spring race and 13th in the fall. There are better choices for your team when the series competes at the flat tracks in 2018.

Austin Dillon had limited fantasy value on the Steep tracks (Bristol, Dover and Darlington) in 2017. Dillon ranked 21st in fantasy value at these tracks in 2017. He struggled to finish in the top 10 at Bristol and Dover but he had one of his best runs of the season at Darlington. Dillon qualified 13th and finished 4th at the Track Too Tough To Tame. Darlington ranks as his 2nd-best track. I would use Dillon at Darlington and fade him at Bristol and Dover.

Two of the worst tracks on the schedule are the Road Courses (Sonoma and Watkins Glen) for Dillon. He ranked 24th in fantasy value at these two tracks in 2017. Dillon has never finished in the top 15 at Watkins Glen or Sonoma. There are much better drivers for your fantasy team when the MENCS competes at the Road Courses.