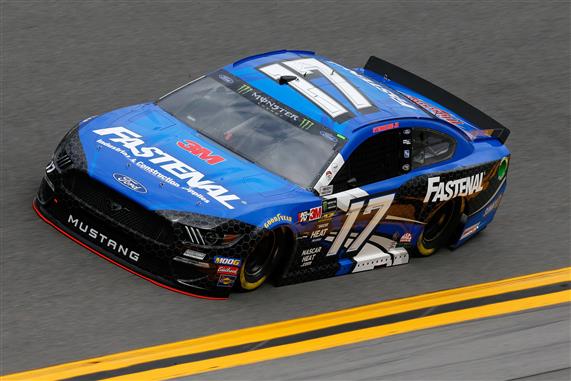 2019 RECAP: Chris Buescher was one of the biggest surprises in the 2019 season. Most people did not expect him to have much fantasy value in the No. 37 car for JTG Daugherty Racing but he was one of the best cheap drivers for your DFS (Daily Fantasy Sports) lineup and he scored well for your season long leagues (Fantasy Live and Driver Group Game) too. Buescher scored well in games that awards points for place differential. His average starting position in 2019 was 21.6 and his average finishing position was 17.8. Buescher finished 26 of the 36 races inside the top 20. That is pretty good for a driver in a JTG Daugherty Racing car.

2020 Preview: Jack Roush told reporters last season that one of his biggest mistakes was letting Chris Buescher go to another team. Jack in the Hat corrected his wrong and brought Buescher back to Roush Fenway Racing for the 2020 season. Buescher will replace Ricky Stenhouse Jr. in the No. 17 car. Luke Lambert was signed to be the crew chief for Buescher in 2020. I was surprised to see Lambert was paired with Buescher and not his teammate, Ryan Newman, since Lambert and Newman worked together for five seasons at Richard Childress Racing.

Buescher scored the 20th-most fantasy points last year and I have him ranked 20th for the 2020 season. So what gives? Do I think he is going to be worse with his new team? Absolutely not! Buescher is ranked 20th because of the addition of Christopher Bell, Cole Custer and Tyler Reddick to the Cup Series. These three young drivers will compete with Buescher for those top-20 finishes. I still think Buescher will have a lot of fantasy value in DFS if his price is cheap and he should be a reliable driver for your season long leagues if you use him at his best tracks.

Chris Buescher was one of the best fantasy picks on the Intermediate tracks last year. His ability to pick up positions in each race was amazing. Buescher had a 23.2 average starting position and a 14.8 average finishing position in the 10 races on the 1.5-mile tracks. He won people a lot of money in DFS because of his cheap price and his ability to score place differential points. Buescher’s fantasy value in 2020 will depend on where he qualifies. If he continues to qualify outside the top 20 at these tracks, he will once again be one of the best picks for DFS. Buescher will finish most of the races on the Intermediate tracks inside the top 20 so he will have some value in season long games too. (Chris Buescher ranked 15th in fantasy points scored on the Intermediate Tracks in 2019)

The weaknesses for Chris Buescher in 2019 were the short, steep tracks. Buescher finished 22nd and 17th in the two races at Bristol and 23rd and 36th in the two races at Dover. Darlington ranks as his best track. He has four starts in the Cup Series at the Lady in Black and Buescher has never finished worse than 17th. Last year he qualified 12th and finished 12th. Buescher should be in all fantasy lineups at Darlington but I would fade him at Bristol and Dover. (Chris Buescher ranked 23rd in fantasy points scored on the Steep Tracks in 2019)

Chris Buescher is not the first driver that comes to mind when people think of Road Course racing but he should be in your lineups. Buescher said he learned a lot from A.J. Allmendinger when the two drivers drove at JTG Daugherty Racing. Sonoma ranks as his second-best track and Watkins Glen ranks as his fifth-best track. He has not been as good on the Charlotte Roval but he has not been too bad either. His worst finish at the Roval is 18th but he has scored negative place differential points in both races. Buescher should be a good fantasy pick for both season long and DFS games at Sonoma and Watkins Glen in 2020. (Chris Buescher ranked 16th in fantasy points scored on the Road Courses in 2019)