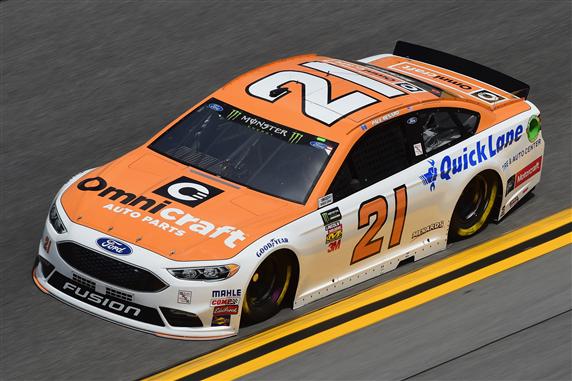 2018 RECAP: Paul Menard had a decent season but not as good as what you would expect from a driver with a close alliance with Team Penske Racing. Menard scored seven finishing in the top 10. That is the most he has had since 2014. He was only able to finish one race in the top five (Michigan) and he only led 14 laps all season. In contrast, Ryan Blaney was able to win a race, score four top-five finishes, 14 top-10 finishes and lead 301 laps in the same car the year before. Menard should be happy he has a sponsorship in his pocket or he would probably not be in the No. 21 car in 2019.  (Paul Menard ranked 19th in fantasy points scored in 2018)

2019 Preview: Paul Menard has two seasons left on his contract with the Wood Brothers. Everything will be the same for the team in 2019. Greg Erwin will serve as the crew chief, Menards will sponsor the car for 22 races and the No. 21 team will essentially be a fourth car for Team Penske Racing. Ford is switching to the Mustang chassis this year so fantasy teams will want to pay close attention to how the teams perform early in the season.

What you see with Menard is what you get. He has a handful of tracks he is good at (Daytona, Indianapolis, Las Vegas and Talladega) and fantasy players will want to use him in these races. He does not have much value elsewhere. For some reason Menard always gets off to a hot start and then fades through the summer. It would be a good idea to use him early in the season in Daily Fantasy Sports (DFS).

Paul Menard is one of the drivers you want on your fantasy team at the Superspeedways (Daytona and Talladega). He has finished five of his last eight races at these tracks in the top 10. Having Brad Keselowski, Joey Logano and Ryan Blaney as teammates really helps Menard at the Superspeedways. The four drivers work well together and usually finish up front. If Menard is going to win a race in 2019, it will be at Daytona or Talladega. (Paul Menard ranked 8th in fantasy points scored on the Superspeedways in 2018)

Paul Menard is not a very good fantasy pick at the flat tracks (Phoenix, Richmond, Martinsville and Loudon). Last year he only finished two of the seven races in the top 20 (13th at Martinsville and 17th at Loudon). He really struggled at Phoenix and Richmond. His average starting position at these tracks was 16.25 and his average finishing position was 27.75. Not good. There are better choices for your fantasy team then Menard when the Cup Series competes at the flat tracks. (Paul Menard ranked 23rd in fantasy points scored on the flat tracks in 2018)

Paul Menard has some value at Bristol (spring race) and Darlington, but he has struggled in his career at Dover. Menard has a 10.8 average finishing position in the last seven spring races at Bristol. For some reason he runs a lot better in Thunder Valley in the daylight then he does under the lights. Menard has figured out the Track Too Tough to Tame. He has finished three straight races at Darlington in the top 17. The Monster Miles has his number. Menard has a 26.2 average finishing position in his last five races at Dover. Menard will be a good allocation saver in the Driver Group Game at Bristol (in the spring) and Darlington. He will also have value in DFS at these tracks if he qualifies outside the top 15. (Paul Menard ranked 22nd in fantasy points scored on the steep tracks in 2018)

Paul Menard has been a good sleeper pick at Sonoma but he has really struggled at Watkins Glen and in his first race at the Charlotte Roval. Menard has finished five of his last six races at Sonoma in the top 15. There are better choices for your Driver Group Game lineup in California, but Menard could have some value at Sonoma if he qualifies outside the top 15. I would stay away from him at Watkins Glen and the Charlotte Roval. Menard finished 33rd in his first Roval race last year. (Paul Menard ranked 29th in fantasy points scored on the road courses in 2018)