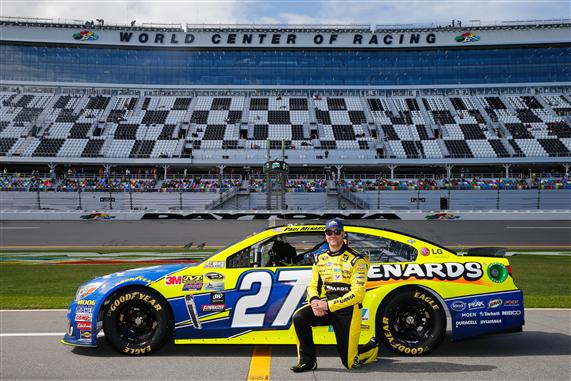 The 2017 NASCAR season is right around the corner. In order to get fantasy teams ready for the new season I decided to recap the 2016 season for my top 30 drivers and preview how I think they will perform this year. Each day I will post two driver previews until my No. 1 fantasy driver is revealed. I will continue my rankings with Paul Menard.

2016 RECAP: Paul Menard had his worst season in the Sprint Cup Series since 2009. His average starting position was 19.5 and his average finishing position was 22nd. Menard did not win a race, did not finish any races in the top five and only had three finishes in the top 10 (Martinsville, Indianapolis and Phoenix). He only led 20 laps, which really hurts his value in Fantasy Live.

Menard always starts the season running well and then fades as the summer month’s heat up the track. That was the case again in 2016. Menard finished six of the first eight races inside the top 20. It was surprising to see that his best tracks in 2016 were the two road courses. Menard finished 16th at Sonoma and 22nd at Watkins Glen (He also led laps at Sonoma). Menard scored the 15th most points in Fantasy Live on the road courses in 2016.

It was not a good season for the No. 27 team. After making the Chase in 2015 they fell 11 spots in the final Points Standings.

2017 PREVIEW: I am not expecting much improvement for the No. 27 team in 2017. The team decided to bring in Matt Borland from Stewart-Haas Racing to serve as the crew chief this year. While Borland is a good hire, the problem with Menard is the competition and not the cars. Menard is who he is… a top 25 driver. I doubt he will ever win races or finish in the top 10 consistently. I would have liked to have seen Alex Bowman or Ty Dillon get a shot to drive this car but John Menard pays the bills so Paul gets to drive the car.

The important fantasy fact to know about Menard is that he is consistent. Every year he runs in the top 20 at most of the tracks before the All-Star Race. He runs terrible once the calendar hits June (expect for Indianapolis). Fantasy teams should consider Menard at Auto Club (9.33 Avg. Finish) and Las Vegas (9.9 Avg. Finish) early in the season. He is worth consideration at the road courses and Indianapolis (two straight top-14 finishes) as well.

Menard will probably be priced too high to be considered for Fantasy Live. He was priced at over $15 for most of the season last year and I expect him to be priced near $17 in 2017. That is too expensive for a fourth driver and there are better options for your third driver. If Menard’s price drops to $14 or lower he will be a great value for your team, but I doubt that will happen to a driver from Richard Childress Racing.