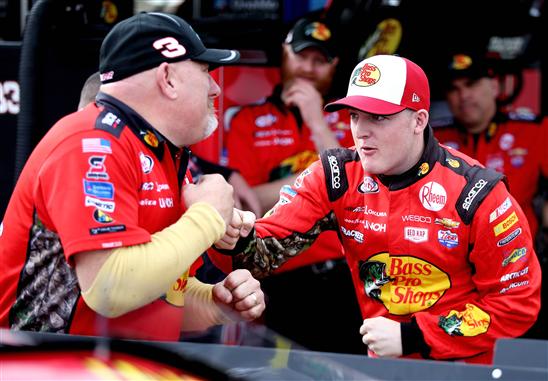 The 2017 NASCAR season is right around the corner. In order to get fantasy teams ready for the new season I decided to recap the 2016 season for my top 30 drivers and preview how I think they will perform this year. Each day I will post two driver previews until my No. 1 fantasy driver is revealed. I will continue my rankings with one of the top rookies in 2017, Ty Dillon.

2016 RECAP: Ty Dillon competed in 11 races in the Sprint Cup Series in 2016. He drove the No. 95 car for Leavine Family Racing in seven races, the No. 7 car for Tommy Baldwin Racing in one race and he filled in for Tony Stewart in three races. The cars he will be driving this year will be much better than what he had with Leavine Family Racing or Tommy Baldwin Racing, but will not be as good as the No. 14 car for Stewart-Haas Racing. Dillon had an average starting position of 27.1 and an average finishing position of 24th. His best performances came at Atlanta (14th) and Phoenix (15th) while filling in for Tony Stewart.

2017 PREVIEW: Dillon will drive the No. 13 car for Germain Racing this season. The car will have the full support of Richard Childress Racing. Fantasy players should consider this team as much a part of RCR as Martin Truex Jr. was a part of Joe Gibbs Racing last year. It will be the same situation. Boodie Barker will serve as the chew chief.

Casey Mears ran this car mostly in the top 25 last year. I expect a little better results from Dillon because I doubt grandpa (Richard Childress) will let Dillon fail in his rookie season. The cars should be slightly better than what Mears drove in 2016.

Dillon is at his best at the large tracks. Michigan, Atlanta, Pocono and Texas are his best tracks. He will be a popular pick in Yahoo fantasy because he was placed into Group C. This means fantasy teams must use their allocations wisely with Dillon because he should be the third-best driver in the group behind Erik Jones and Daniel Suarez. My strategy will be to use Jones and Suarez early in the season since they will have better equipment and should be more dependable. Using later in the year will be the smart play.

The fantasy value of Dillon in Fantasy Live will depend on what his price is. Last year he was typically priced around $14. I think that sounds reasonable for him in 2017. If Dillon is priced over $14 I would find value elsewhere. If he is under $14, considered yourself lucky and select him for your team.

My prediction for Dillon in 2017 is no top fives, three finishes in the top 10 and most of his finishes coming between positions 17-25. He should finish third in the rookie of the year award.