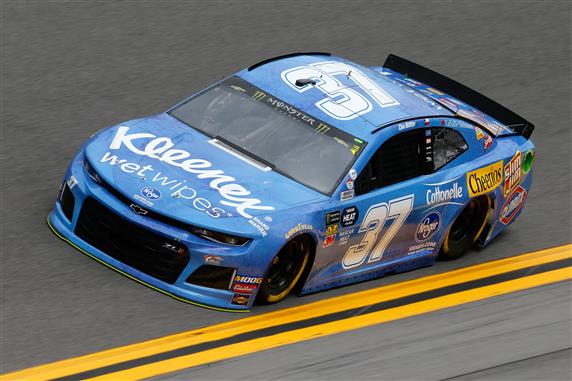 2019 RECAP: Ryan Preece did not set the track on fire in his rookie season in the Cup Series but he did have some Fantasy NASCAR value if you played him at the right tracks. Preece started the season with an eighth-place finish in the Daytona 500 and then backed it up with a third-place finish at Talladega. The Superspeedways were his best tracks but he also had good finishes at Michigan (finished 7th), Martinsville (finished 16th) and Kansas (finished 12th). His teammate (Chris Buescher) was the surprise of the 2019 season and now Preece will be driving his car in 2020. It will be interesting to see if Preece can have similar results.

2020 Preview: Ryan Preece drove the No. 47 car last year. He will switch to the No. 37 car in 2020 and his crew chief will be Trent Owens. The crew chief change could be the spark that Preece needs in 2020. Owens was the crew chief for Chris Buescher in 2019 and the two worked well together to get the most out of their cars. Preece is a smart driver and the knowledge Owens provides should help him add a few more top-20 finishes to his resume. The best tracks for Preece will be the Sperspeedways (Daytona and Talladaga), Martinsville and Indianapolis. If he gets hot like Buescher did last season, we will need to start using Preece in our lineups.

Ryan Preece did not have much success on the intermediate tracks in his rookie season. He did finish 12th at Kansas but it was his only finish inside the top 20. Preece had a 24.6 average starting position and a 23.9 average finishing position at these tracks last year. He was worth a spot in your DFS (Daily Fantasy Sports) lineups when he qualified outside the top 25 because Preece was a good source of place differential points as long as he started in the back. There were better choices for your season-long games (Fantasy Live and Driver Group Game). (Ryan Preece ranked 26th in fantasy points scored on the Intermediate Tracks in 2019)

A.J. Allmendinger was my go-to-driver in Fantasy NASCAR whenever the Cup Series competed on the Superspeedways. I was afraid that my favorite sleeper pick would be gone once Allmendinger was replaced by Ryan Preece in the No. 47 car but that was not the case. Preece was nearly as good as Allmendinger. Preece finished eighth at Daytona and third and 18th at Talladega. He will be a good driver to use is DFS at the Superspeedways if he qualifies outside the top 20 and good driver to use in the Driver Group Game to save allocations. (Ryan Preece ranked 9th in fantasy points scored on the Superspeedways in 2019)

Ryan Preece was a good cheap pick in DFS at the flat tracks in 2019 but there were better choices for your season-long lineups. Preece finished 16th and 19th in his two races at Martinsville, 20th at Richmond and 21st at Loudon. He was not very good at Phoenix. Martinsville is one of his best tracks so Preece can be used in season-long games to save allocations at the paper-clip track. He can also be used in DFS as long as he qualifies outside the top 20. (Ryan Preece ranked 27th in fantasy points scored on the Flat Tracks in 2019)

Ryan Preece was not very good in his first trips to the steep tracks in 2019. He finished 25th and 28th in his first Cup Series races at Bristol and Dover. He was able to improve in his second trips to the tracks. Preece finished 18th in the Bristol Night Race and 19th in the second race at the Monster Mile. Preece is a quick learner so he should run around the 20th spot in 2020 at these tracks. Preece will have more value at the steep tracks in DFS than he does in season-long games. (Ryan Preece ranked 24th in fantasy points scored on the Steep Tracks in 2019)

I predicted before the 2019 season that Ryan Preece would be a good sleeper pick at the road courses because of the success A.J. Allmendinger had in the No. 47 car and the success his teammate (Chris Buescher) had on the road courses. That was not the case. Preece finished 29th at Sonoma, 36th at Watkins Glen and 31st at the Charlotte Roval. I expect Preece to improve at these tracks in 2020 but not enough to be used in your fantasy lineups. (Ryan Preece ranked 30th in fantasy points scored on the Road Courses in 2019)