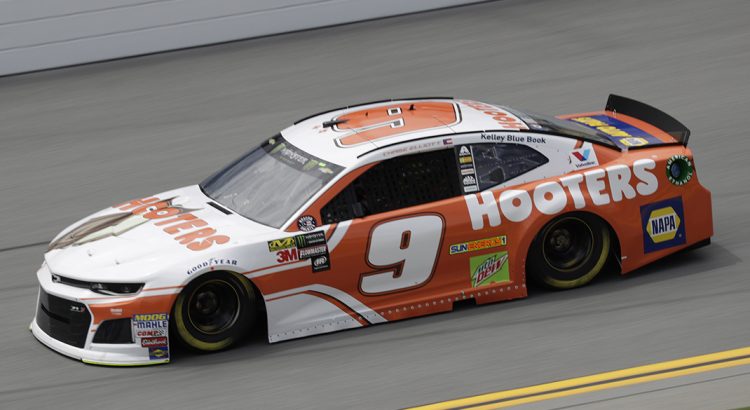 2019 RECAP: The 2019 season did not go as well for Chase Elliott as many people thought it would. He won three races (Talladega, Watkins Glen and the Charlotte Roval) but his top 10 finishes fell from 21 in 2017 and 2018 to 15 finishes in the top 10 last year. His average finishing position also fell from 12th in 2017 and 2018 to 15th in 2019. His six DNFs (Did Not Finish) were the reason for the step back in fantasy value last year. If Elliott would have simply finished those six races he would have taken a step forward last year.

Elliott proved to be the best driver in the sport at the Road Courses. He won two of the three races and was running well at Sonoma until his car overheated. Elliott also proved to be a strong Superspeedway driver. He won at Talladega in the spring and came back in the fall to win the pole and finish eighth. Elliott needs to eliminate the DFSs in order to be a top-five fantasy driver in 2020.

2020 Preview: Everything will be the same with Chase Elliott in 2020. Allen Gustafson will once again be back as the crew chief and all of the sponsors (NAPA, Mountain Dew, Kelly Blue Book and Hooters) return to the hood of the car. It is hard to believe that this will be Elliott’s fifth season in the Cup Series. He has proven that he can compete at any type of track. Just remember that Elliott usually takes a while to get going. He usually starts to compete for wins when the series travels to Dover but maybe the changes in the 2020 schedule will help him get off to a faster start. If that is the case, he could easily find his way to the Championship Four in Phoenix.

Chase Elliott had a good season on the Intermediate tracks last year. None of his six DFS were at these tracks. Elliott had a 13.9 average starting position and a 10.9 average finishing position on the 1.5-mile tracks. He said that winning at his home track in Atlanta is a goal for him and he has made a lot of improvements at the track in the last two seasons. Elliott has also performed well at Kansas, Charlotte and Homestead. He will be a good pick for both season long games (Fantasy Live and the Driver Group Game) and DFS (Daily Fantasy Sports) at these tracks in 2020.  (Chase Elliott ranked 8th in fantasy points scored on the Intermediate Tracks in 2019)

Most people think that if a driver is good at one Superspeedway track, he will be good at both Superspeedway tracks. That is not the case with Chase Elliott. He is very good at Talladega but Daytona ranks as his worst track. It is not because he has not been able to run up front at Daytona. He simply has bad luck at the track. Elliott should be on all fantasy teams at Talladega because of his ability to win the pole and his ability to win the race. He may win the Daytona 500 this year but there is too much risk with the No. 9 car at that track for me to use him in my fantasy lineup. (Chase Elliott ranked 7th in fantasy points scored on the Superspeedways in 2019)

Chase Elliott has some value on the Flat tracks but I still think there are better drivers for your fantasy team. If you are going to use Elliott in your fantasy lineup on a Flat track, it needs to be in Virginia. Martinsville ranks as his best short track. He finished second at the paperclip-shaped track last year and he should be a threat to win in 2020. He has had some success at Richmond but not enough to be a top five fantasy pick. I would fade him at Phoenix and Loudon. Those two tracks rank as two of his worst tracks on the circuit. (Chase Elliott ranked 14th in fantasy points scored on the Flat Tracks in 2019)

Hendrick Motorsports is the best team at Dover. You need to fill your lineups with drivers from HMS at the Monster Mile and it starts with Elliott. His car overheated in the last race at Dover but if your take away the mechanical issue, Elliott has finished 6 of his last 7 starts at the Monster Mile in the top five. He has also been a decent pick at Bristol. Elliott has finished two of his last three races in Thunder Valley in the top five. Elliott has not been as good at Darlington. His average finishing position at the Lady in Black is 17.2. (Chase Elliott ranked 14th in fantasy points scored on the Steep Tracks in 2019)

When Chase Elliott entered the Cup Series I never thought he would be the best driver on the Road Courses but that is what he has proven to be. Watkins Glen ranks as his best track and the Charlotte Roval is his second-best track. Elliott has won the last two races at Watkins Glen and he will be looking for the hat trick in 2020. He also won at the Charlotte Roval last year and finished sixth in the inaugural race. There is no doubt that Elliott and Martin Truex Jr. will battle for the win at Watkins Glen and at the Charlotte Roval in 2020. The Stewart-Haas Racing drivers are better picks to pair with Truex at the race at Sonoma. (Chase Elliott ranked 4th in fantasy points scored on the Road Courses in 2019)