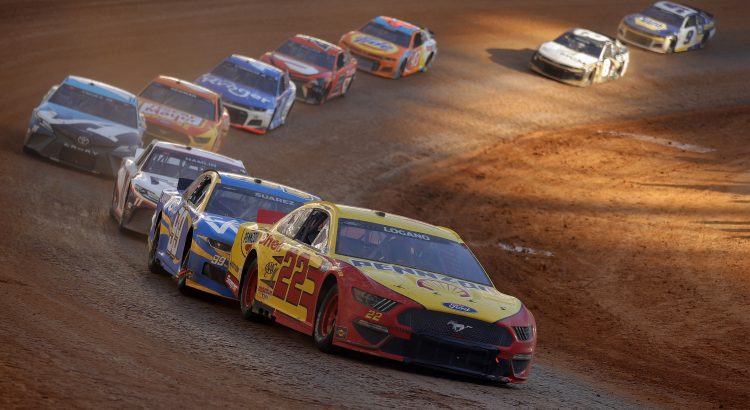 The Cup Series will compete once again on the dirt at Bristol Motor Speedway Sunday night. NASCAR got it all wrong this week. If you are here just for the rankings, skip to the bottom of the article because I am going to rant for a while…

The Cup Series will race on Easter Sunday for the first time since 1989. Like most people, I will be busy with family and friends before the race so if you have any Fantasy NASCAR questions, please ask them in the forum Sunday morning because I will not be available before the race. I still do not understand why this race is not on Saturday night, but then again… none of NASCAR decisions make sense this week.

Now onto the dirt… What a joke!! NASCAR took arguably their best track and covered it with dirt.?? I understand that poor attendance at the spring races were the reason for the decision, but there had to be a better ways to fix the spring race then to cover the track with dirt. I know some people who love this idea, but I am not in that category. Hopefully the race Sunday night will be better than what we had at the Bristol Dirt Race last year.

The best way to predict the future is to analyze what happened in the past. Here are the highlights of the 2021 Bristol Dirt Track Race: Bristol Dirt Race Rewind

So how do we handicap the Bristol Dirt Race? That is a good question. Some of the best dirt track racers in the country competed in the Bristol Dirt Race last year and they did not do worth a shit (other than Ricky Stenhouse Jr.). No one really knows how the new car will run on the dirt. Stewart Friesen tested the Gen-7 car at Bristol last week. Friesen said after the test that the tires are a lot better than what they had last year and the five-speed transmission (last year they had a four-speed transmission) will change the way the drivers get around the track. He also noted that NASCAR MUST remove the rear diffuser because it doesn’t work on dirt. NASCAR has yet to make a decision on whether the cars will use the rear diffuser Sunday night.

I will use some of the data from last year’s race for my rankings this week but I doubt the race this week will be the same as last year. Most of the dirt track experts had a horrible race last year. As much as NASCAR wants to put on a show like you would see at your local dirt track, it just doesn’t work with Stockcars. The dirt got packed down and after 100 laps the race turned into a normal Bristol race. I expect the drivers who ran well on the concrete at Bristol to be decent picks this week. I will give the “dirt track expects” a bump in the rankings though because I expect Kyle Larson, Christopher Bell and Chase Briscoe to bounce back in their second Bristol Dirt Race.

Here are my Driver Rankings for the Food City Dirt Race …

* These rankings will be updated after the qualifying races