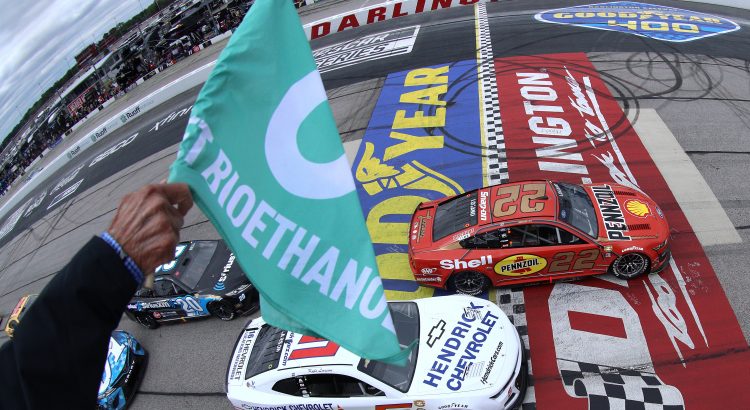 It took an extra day, but the NASCAR Cup Series regular season is now in the books. The Cup Series had 16 drivers find Victory Lane in the regular season for the first time since NASCAR went to the playoff format. Kurt Busch withdrew his waiver to be in the playoffs so 15 drivers made it with their wins and Ryan Blaney made it on points. There are 10 races left and it all begins with the traditional Southern 500 on Labor Day weekend. The race at Darlington can be seen Sunday night at 6 p.m. ET on USA Network. 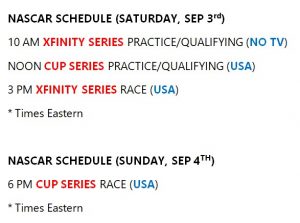 * Once again NBC will not televised the Xfinity Series practice and qualifying. It is scheduled to be on the NBC Sports App. (Can we bring back Fox Sports yet?_

My strategy in the playoffs has always been to load my lineups with drivers who are in the playoffs. The 16 drivers competing for the championship typically get a lot of room on the track to race. I doubt that will be the case this year. The playing field is equaled with the Gen-7 car and if one of the non-playoff teams has a good car, I think they will go after the win. The teams are still learning how to gain speed in the Gen-7 car. They will not learn much if they do not race the new car as hard as they can. So the playoffs could get interesting this year with the non-playoff teams refusing to give an inch on the track.

The drivers who may be affected in the playoffs are the drivers who are not in the playoffs but race for multi-car teams. Martin Truex Jr. is the only driver from Joe Gibbs Racing who is not in the playoffs. I expect JGR will use Truex as a test car in practice. He will try different setups to find out what works and then share the info with his teammates. This will be the same with Aric Almirola from Stewart-Haas Racing. I will be downgrading these two drivers slightly in my rankings.

It is tough to compare Darlington to other tracks. It is a 1.366-mile, egg-shaped track with a lot of banking and a worn out surface. There is plenty of room to search for grip, but the fastest way around “The Track Too Tough to Tame” is around the top, but that puts a driver in jeopardy of getting a “Darlington Stripe.” It is some of the best racing of the year.

Darlington is a unique track and some drivers are better at turning fast laps at this track then others. I will focus my driver rankings this week on the drivers with a history of running well at The Track Too Tough to Tame. I will also factor in the data from the intermediate tracks this year and momentum over the last two months on the oval tracks (not including Daytona). This should give us an idea of which drivers will be the best picks for our Fantasy NASCAR lineups Sunday night.

Here are my Driver Rankings for the Cook Out Southern 500…