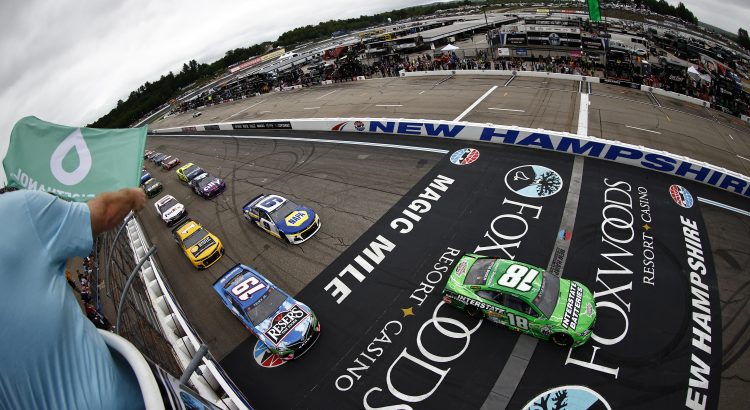 The intensity in the Cup Series is heating up just like the summer heat. There have been 13 drivers who have found their way to Victory Lane in 2022 and that means there are only three playoff spots left and a lot of “wild card” races left on the schedule. Will we see another first-time winner in Victory Lane at New Hampshire? Many of the drivers who have run well on the flat tracks have not won in 2022 (Martin Truex Jr., Ryan Blaney, Kevin Harvick and Aric Almirola), so there is a good chance it could happen. It will be fun to watch for sure. The Ambetter 301 can be seen Sunday at 3 p.m. ET on USA Network. 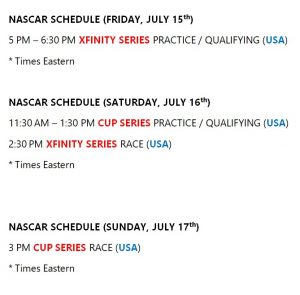 The race at New Hampshire last year was a mess. It started to rain right after NASCAR waived the green flag to start the race. Kyle Busch slid into the wall on lap six and took some of the best cars in the race with him (including his teammate Denny Hamlin). Aric Almirola took advantage of the top drivers being out of the race and he found his way to Victory Lane.

The race this week should be one of the easiest to handicap this year. NASCAR has competed on four tracks similar to New Hampshire (Phoenix, Richmond, Nashville and WWT Raceway). The drivers who have run well at these flat intermediate tracks should run well Sunday.

Joe Gibbs Racing has been very fast at the tracks similar to New Hampshire. Their drivers (Martin Truex Jr., Denny Hamlin, Kyle Busch and Christopher Bell) led 148 laps at Richmond, 108 laps at WWT Raceway and 250 laps at Nashville. It should be a battle between Joe Gibbs Racing and Hendrick Motorsports this week, but we can never count out Trackhouse Racing (If Ross Chastain doesn’t get put into the wall)

I used the data from the races at Phoenix, Richmond, WWT Raceway and Nashville for the driver rankings this week. I did not worry too much about past history at New Hampshire because the Gen-7 car has changed the way drivers make fast laps at each track. The drivers who have run well on the flat, intermediate tracks this year are at the top of my driver rankings this week.

Here are my Driver Rankings for the Ambetter 301…