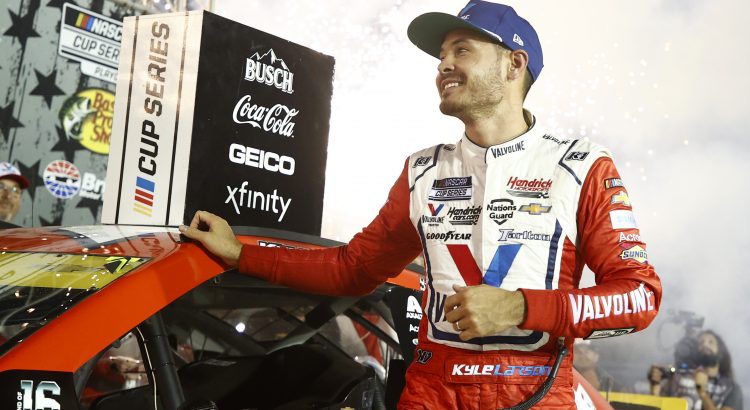 The Cup Series will continue their run for the 2022 championship with a trip back to Bristol Motors Speedway. The Cup Series competed at Bristol in April, but the race was on dirt. The Bristol Night Race is back on the concrete (Thank God). It will be a wild and crazy race in Thunder Valley as the drivers beat and bang on each other for a spot I the Round of 12. It should be one of the better races of the season. The Bass Pro Shop NRA Night Race can be seen Saturday at 7:30 p.m. ET on USA Network.

Two playoff races and two horrible results for the One & Done picks. Kevin Harvick was the pick at Darlington and his car caught fire for no reason. Tyler Reddick had by far the fastest car at Kansas and he got a flat tire and hit the wall. If it wasn’t for bad luck, the picks would have no luck at all. Hopefully we can bounce back at Bristol. 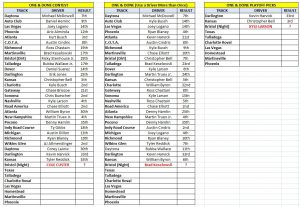 Here is my One & Done pick for the race at Bristol…

ONE & DONE PICK FOR BRISTOL:  COLE CUSTER will be my pick for One & Done games where you can only use a driver once during the season. Custer usually has a few good races each year, but they are tough to predict. This could be one of those races. All of the Stewart-Haas Racing cars had speed Friday in practice. Custer posted the ninth-fastest speed with the 11th fastest long-run speed. Custer also qualified 11th for the race. I will take my chances with Custer Saturday night.

ONE & DONE PICK FOR BRISTOL:  BRAD KESELOWSKI will be my pick in the One & Done games where you can use a driver more than once. I am quickly running out of drivers to use in this game too. The choices I have left include: Kurt Busch, Daniel Suarez, Brad Keselowski, Austin Dillon, Aric Almirola, Chris Buescher, Chase Briscoe, Erik Jones ,AJ Allmendinger and all of the back markers. Keselowski has not been very good but he has a history of running well at Bristol. Aerodynamics will not come into play Saturday night so the RFK Racing cars should be able to compete. I will take a chance with the driver with the third-most wins at Bristol (active drivers).

ONE & DONE PLAYOFF PICK FOR BRISTOL: KYLE LARSON will be my pick in games where you can use any driver in the playoff races. Larson won the race at Bristol last year and he finished second in both races in 2018 (He did not compete at Bristol in 2020 because he was suspended). Larson has a habit of dominating the races in Thunder Valley when he has a fast car. Larson posted the seventh-fastest speed in practice and qualified fifth for the race Saturday night. “Yung Money” will have a good chance to go to Victory Lane this week.