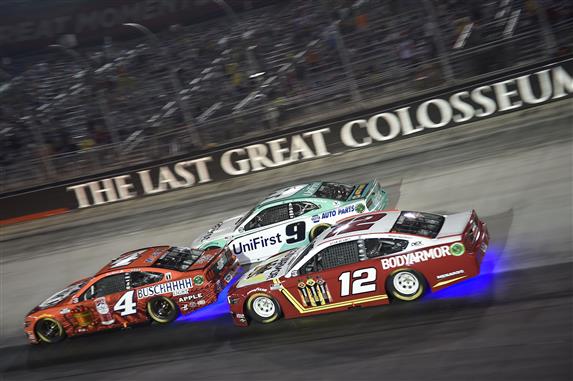 This is a tough time of the season to be in a One & Done league. It is difficult to find good drivers for your league with only eight races left in the season. I saved one of my top drivers for this race so hopefully we can climb higher in our league standings this week.

Last Race: Ryan Newman was the pick for Richmond and he did not live up to expectations. Richmond is a track where drivers who start outside the top 20 can often go a lap down. That is what happened with Newman last Saturday night. His car had some speed but he needed a caution to get his lap back. The race went caution free and Newman and our One & Done teams were screwed. At least we hit a homerun with Austin Dillon in the other game.

Here are my picks for the Bristol Night Race…

My One & Done Pick for Bristol: Chase Elliott

Chase Elliott will be my One & Done pick this week. I was saving Elliott for the Charlotte Roval but I like what I saw from the No. 9 team at Bristol and I have another good driver for the Roval race. Elliott should have won the last race at Bristol. He totally dominated the race but he got into the fence when he raced Joey Logano for the win with four laps to go. Elliott came back and smoked the field in the All-Star Race. Elliott will have a good chance to win Saturday night.

Clint Bowyer will be my pick where I can use a driver twice. I already used Chase Elliott twice in that format, so Bowyer is the pick. He finished second in the last race at Bristol and his 7.29 average finishing position in his last seven races is the best in the series. Bowyer should finish in the top 10 again this week.