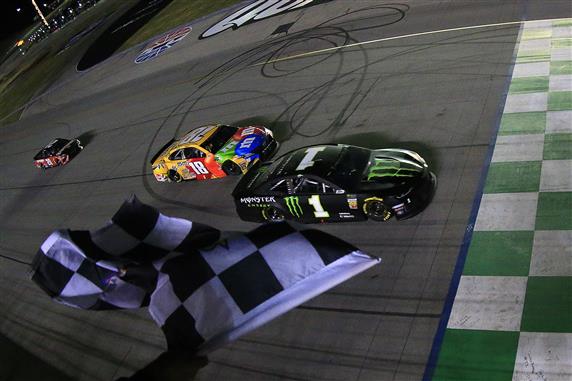 The NASCAR Cup Series will travel two hours down I-74 from Indianapolis to Kentucky Speedway this week. The race in the Blue Grass State should be easier to predict than what we saw at the narrow track in Indianapolis. Hopefully we have much better luck too. The Quaker State 400 can be seen Sunday at 2:30 p.m. ET on Fox Sports 1.

Last Race: Well that sucked! Getting a start out of Justin Allgaier while he was in the No. 48 car should have been a good decision. It wasn’t. Allgaier was involved in the pit road wreck at the start of the race and it caused him to have a tire go down. His race was over before it started and the No. 48 car finished 37th. That puts the One & Done picks in a deep hole. I am sorry about that, but I will do my best to dig us out of it.

Here are my picks for the Quaker State 400 …

My One & Done Pick for Kentucky: Kyle Busch

Will this be the week when Kyle Busch finally gets to Victory Lane? If he cannot run up front at this track, he probably will not be able to run up front this season. Kentucky is one of the best tracks for Busch. He has competed in nine races at Kentucky and his average finishing position is 4th. He has two wins and two runner-up finishes. Busch also has never finished worse than 3rd in any Stage at Kentucky. Busch starts on the pole so he “should” be a safe pick Sunday.