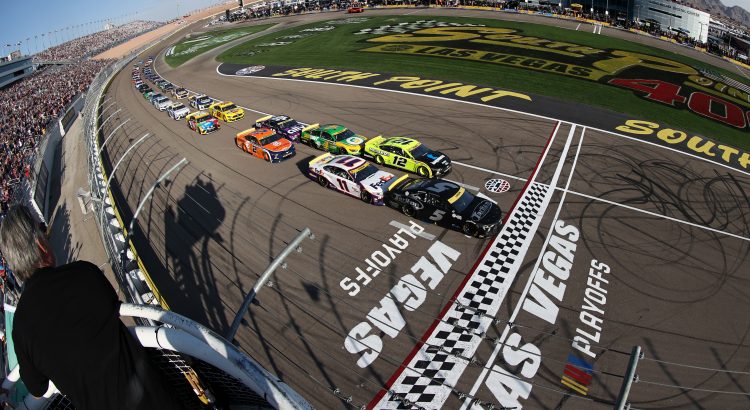 The Cup Series has reached the Round of 8 and that means there are only four races left in the season. That also means 32 races have been completed and we have used 32 drivers in the One & Done game. It is tough to find good drivers for our lineups but luck has been on our side lately. I was able to get an eighth-place finish from Cole Custer at Bristol, an 11th-place finish from Landon Cassill at Talladega and a fifth-place finish from Justin Haley at the Charlotte Roval. I hope that is enough to help you climb in your league standings. We will need some more luck Sunday at Las Vegas.

There are four races left in the 2022 Cup Series season. The drivers I have left include: Alex Bowman (It doesn’t sound like he will race anymore this season), Harrison Burton, Todd Gilliland, Ty Dillon and all of the back markers. 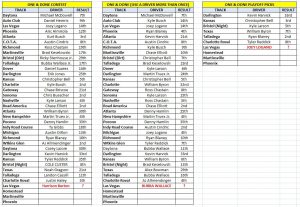 ONE & DONE PICK FOR LAS VEGAS:  HARRISON BURTON will be my pick for One & Done games where you can only use a driver once during the season. I have been saving Alex Bowman for this race since he won this race in March, but he is out with a concussion. I will pivot to Harrison Burton. Las Vegas Motor Speedway has typically been a good track for Team Penske and the Wood Brothers. Burton finished 16th at Las Vegas in March. He also finished 18th two weeks ago at Texas. I will take a top-20 finish from Burton Sunday.

ONE & DONE PICK FOR LAS VEGAS:  BUBBA WALLCE will be my pick in the One & Done games where you can use a driver more than once. I am quickly running out of drivers to use in this game too. The choices I have left include: Tyler Reddick, , Alex Bowman, Daniel Suarez, Bubba Wallace, Austin Dillon, Aric Almirola, Chris Buescher, Chase Briscoe, Erik Jones, AJ Allmendinger and all of the back markers. Wallace looked good in practice and qualifying. He is driving the car that he won the race at Kansas in the playoffs. He said, “This is the best car we have and I have a lot of confidence in it.” I will roll the dice with Wallace this week.

ONE & DONE PICK FOR LAS VEGAS:  JOEY LOGANO will be my pick in games where you can use any driver in the playoff races. Las Vegas Motor Speedway has always been one of the best tracks for Team Penske and they showed up with a lot of speed this weekend. I wish I was able to use Ryan Blaney because he has a rocket this week, but his teammates look really fast too. Logano posted the 10th fastest speed in practice and qualified 5th for the race. Logano has two wins at Las Vegas and he the best average finishing position in the Cup Series at the track. The No. 22 car should have a good chance to finish in the top-five Sunday.