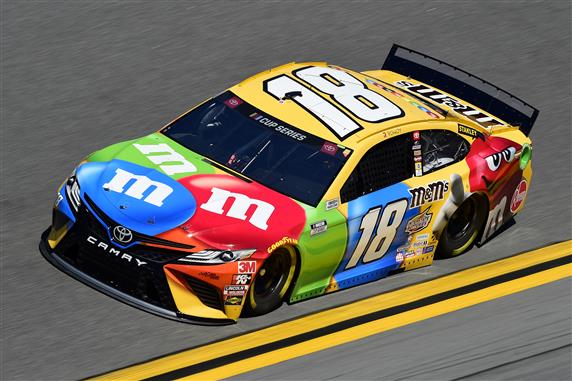 Finally NASCAR has come back to Nashville… (Hopefully The Rock doesn’t mind me stealing his intro). It has been a decade since NASCAR has competed in Music City, but the fans asked for Nashville to be added to the schedule and they got it. They probably would have preferred a race at the Nashville Fairgrounds, but a trip to Nashville Superspeedway is not too bad.  The Ally 400 in on NBCN this week at 3:30 p.m. ET. Yes, NBCSN…not Fox, so make sure you are on the right channel.

Daniel Suarez was my One & Done pick at Sonoma. I was hoping for a top-10 finish from Suarez but it is hard to complain about a 12th-place finish from the No. 99 car. Suarez could have finished in the top-10 if he would have stopped fighting with Michael McDowell on the track in the last lap, but overall I am satisfied with his performance. 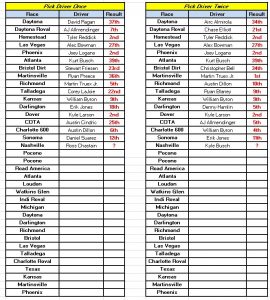 My One & Done Pick for Nashville: Ross Chastain

Each season I match up the drivers with their best tracks for the One & Done game. I had no idea who to use at Nashville and I had no idea where to use Ross Chastain. My questions were answered in practice.

Kyle Busch will be my pick in games where you can use a driver more than once. Busch has more experience at Nashville Superspeedway than any driver in the field. He has 10 starts in the Xfinity Series in Music City. He finished 2nd, 1st, 3rd and 2nd in his last 4 races at the track. Rowdy should feel pretty confident going into this race his win yesterday. Busch should score a lot of points from the front row today.