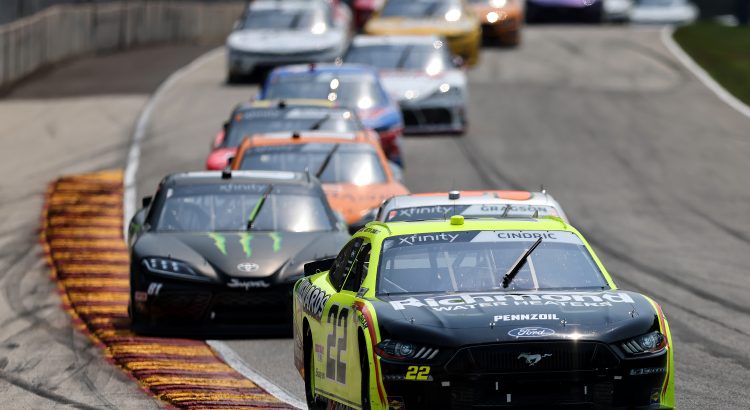 The Cup Series has complete 17 races and now there are only nine races left in the regular season and 10 playoff races. We have used 17 drivers in the One & Done game and it is getting tougher to find decent picks for team. This has been a crazy season with a lot of unpredictability. We are going to need some luck in the second half of the season because the top drivers have already been used. The good news is… I am feeling lucky 😊.

Speaking of luck… My pick for the race at Nashville needed a lot of luck and we got it. Hendrick Motorsports looked like crap for the first half of the race. Kyle Larson was my One & Done pick and he was nowhere to be found. Mother Nature decided to help out my pick. The rain and lightning delayed the race and this gave the No. 5 team time go to inside the hualer and chat with their suspended crew chief (Cliff Daniels) on Zoom. Larson’s car came to life after the delay and he finished fourth. I was hoping for a win from Larson, but I will take a top-five finish. 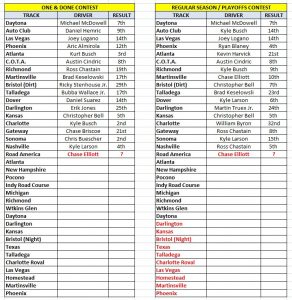 * I already used the drivers I really like this week. Chase Briscoe, Austin Cindric, Chris Buescher and Michael McDowell would be my top picks (in that order). These drivers have a history of running well on road courses, they looked fast in practice and they qualified up front. If you have any of these drivers available, use them as your One & Done pick Sunday.

ONE & DONE PICK FOR ROAD AMERICA:  CHASE ELLIOTT will be my pick in the One & Done games where you can use a driver once throughout the season and in games where you can use a driver more than once. I have been saving Elliott for this race. Road America is a good track for him. Elliott has momentum after his win last week in Nashville and he will feel confident since he won this race last year. Elliott starts on the pole and has the No.1 pit stall. The No. 9 car is going to be tough to beat Sunday. (I would still use Chase Briscoe, Austin Cindric and Chris Buescher over Elliott, but I already used those drivers in other races)

* If you are feeling lucky, take a chance with Joey Hand. He should have a good chance to finish in the top-20 and allow you to save your top drivers for other tracks.