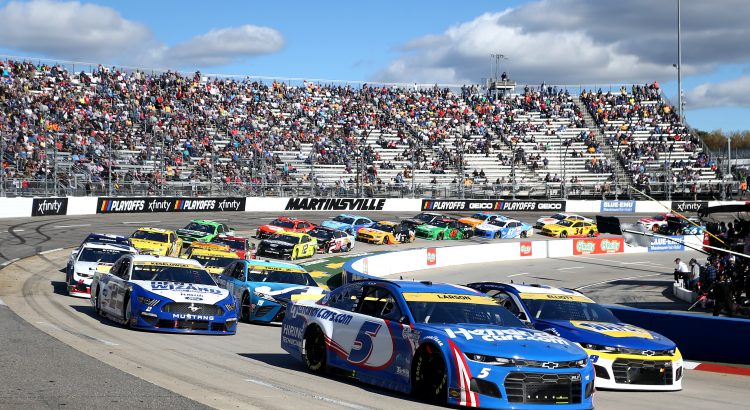 The Cup Series had their Group Practice followed by Group Qualifying Friday afternoon. The teams were broken down into two groups and were allowed to practice for 20 minutes. That is not a lot of time, but many of the teams were able to make some long runs. The field is now set and it is time to set our starting lineups for the Driver Group Game.

RYAN BLANEY (8): Blaney has been fast at every track this year. I was shocked that he was not fastest in practice or qualify in the top-10. Blaney posted the 15th-fastest speed with the ninth-fastest long run speed. Blaney qualified 12th. I still expect Blaney to be fast in the race.

WILLIAM BYRON (7): Hendrick Motorsports has been the best team this year and Byron has been their most consistent driver. He has had speed in every race but sometimes he has bad luck. The No. 24 car has speed again at Martinsville. Byron posted the seventh-fastest speed with the second-fastest long-run speed in practice. The No. 24 car qualified fifth. Byron won the Truck Series race Thursday night. He will have a good chance to be in Victory Lane Saturday night too.

JOEY LOGANO (8): Logano has been good at the short, flat tracks in his career. The No. 22 car looks fast again this week. Logano posted the seventh-fastest long-run speed in practice and he qualified 14th. Logano should spend a lot of time running up front, scoring Stage Points and pissing off his competitors. That is just what he does.

ERIK JONES (9): Group C is a mess for me this week. AJ Allmendinger has a much faster car than Jones, but the No. 16 car failed inspection three times, so Allmendinger has to start dead last and serve a pass-through penalty to start the race. Allmendinger is surely to go two laps down. I will play it safe and use Jones, but I wish I had Cole Custer or Austin Cindric Saturday night.