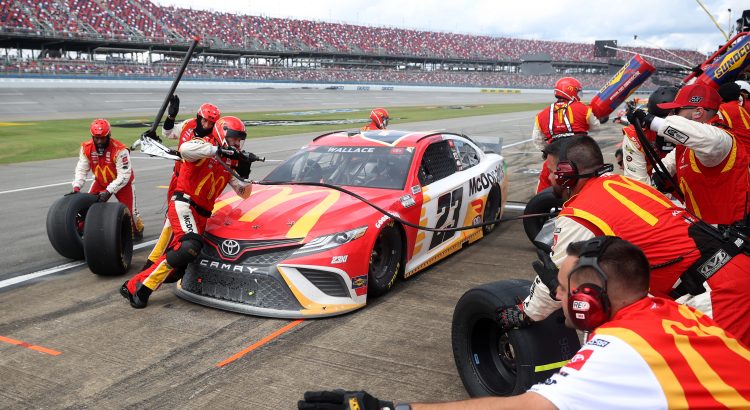 NASCAR no longer has a practice session for the races at the Superspeedways. The drivers make one qualifying lap and then lineup up to race. The driver’s starting position does not matter much at Talladega because a driver can go from last to the top-10 in one lap. For this reason, I did not change the Driver Group Game picks much from what was posted earlier in the week.

Here is my starting lineup for the race at Talladega…

MARTIN TRUEX JR. (5): The popular picks for Group A will be Denny Hamlin, Chase Elliott and Ryan Blaney. I will pivot and use the driver who has been the best on the Superspeedways this year. Truex finished 13th in the Daytona 500, 5th in the spring race at Talladega, 8th at Daytona in August, 8th in the first race at Atlanta and 11th in the second race at Atlanta. His ninth-place average finishing position is the best in the series and his 50 Stage Points are second-most in the series. Truex should be a good contrarian pick that should give us a good chance to move up in our league standings.

* My favorite driver is Denny Hamlin Sunday. I wish I would have had him on my team. I would use Hamlin over Truex if he is available for your team.

ROSS CHASTAIN (3): Dale Earnhardt Jr. once said that his secret to success on the Superspeedways was to be as aggressive as possible and try to stay up front and keep the wrecks behind him. Is there a more aggressive driver in the Cup Series than Ross Chastain? He won the first race at Talladega this year and he finished second in both races at Atlanta. Chastain has not been great at scoring Stage Points but he finished 3 of the 5 Superspeedway races in the top two. He has been too good on the Superspeedway races to fade this week.

BUBBA WALLACE (5): Talladega is the home track for Wallace and he has a history or finishing up front in these races. Wallace won this race last year. Could he do it again Sunday? Wallace has the second-best average finishing position (10.4) on the Superspeedways this year and he has scored 31 Stage Points in the five races. Wallace has been pretty good at avoiding the wrecks and finishing up front so I will have him on my team this week.

* I really like Aric Almirola and Joey Logano. I would use them over my drivers if they are available for your team.

ERIK JONES (2): Jones was the best driver in Group C at Talladega in April. Jones qualified 16th, finished both Stages in 8th place and finished 6th in the race. Jones won the 2018 race at Daytona so he knows how to get to the front in the draft. His 14th-place average finishing position on the Superspeedways this year is 6th-best in the Cup Series. I will take my chances with the No. 43 car Sunday.