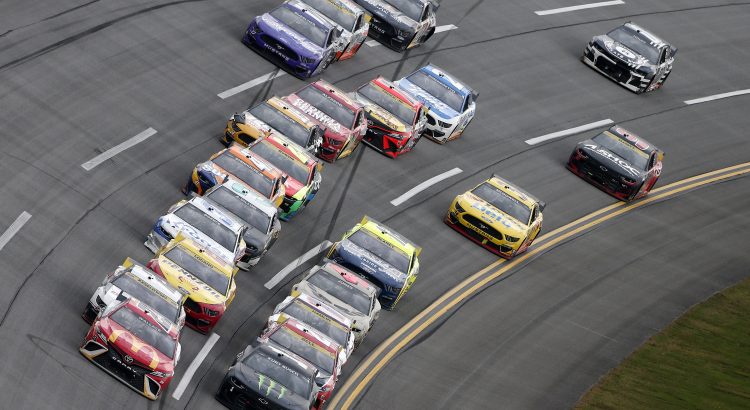 The Cup Series will travel back to Talladega Superspeedway for race No. 31 on the schedule. That means we have used 30 drivers so far in the One & Done contests. There are only 30 full-time teams (with one driver) in the Cup Series so it is going to be difficult to find good drivers in the last six races. I have a plan though, so hopefully we can score well again Sunday.

There are six races left in the 2022 Cup Series season. The drivers I have left include: Alex Bowman, Harrison Burton, Todd Gilliland, Justin Haley, Ty Dillon and all of the back markers.

The One & Done picks struck gold with Cole Custer’s 8th-place finish at Kansas. I thought we were going to have a lot of luck last week too. Noah Gragson was running 10th with only 15 laps left in the race. His car got loose and forced Gragson up the track. He finished the race in 21st place. That is not too bad, but a top-10 finish from Gragson would have been awesome. 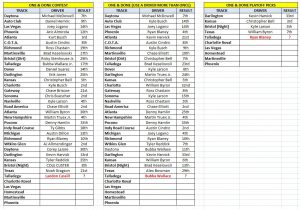 Here is my One & Done pick for the race at Talladage…

ONE & DONE PICK FOR TALLADEGA:  LANDON CASSILL will be my pick for One & Done games where you can only use a driver once during the season. I was planning on using David Ragan in this race because Rick Ware Racing said Ragan would compete in all of the Superspeedway races. That all changed when Ragan saw all of the injuries from the Gen-7 car. He decided to back out of Sunday’s race and J.J. Yeley will be in the car. So the choice came down to Justin Allgaier (Beard Motorsports car) or Landon Cassill. Allgaier finished dead last in his last two races at Talladega and he has never driven the Gen-7 car. I will pivot to Cassill. He finished 19th at Talladega in April and 24th at Atlanta in July. I will take my chances with Cassill Sunday.

ONE & DONE PICK FOR TALLADEGA:  BUBBA WALLACE will be my pick in the One & Done games where you can use a driver more than once. I am quickly running out of drivers to use in this game too. The choices I have left include: Tyler Reddick, Kurt Busch, Alex Bowman, Daniel Suarez, Bubba Wallace, Austin Dillon, Aric Almirola, Chris Buescher, Chase Briscoe, Erik Jones, AJ Allmendinger and all of the back markers. Talladega is the home track for Wallace and he has a history or finishing up front in these races. Wallace won this race last year. Could he do it again Sunday? Wallace has the second-best average finishing position (10.4) on the Superspeedways this year. I will take my chances with

ONE & DONE PLAYOFF PICK FOR TALLADEGA: RYAN BLANEY will be my pick in games where you can use any driver in the playoff races. Blaney has been awesome on the Superspeedway tracks in his career. He won at Talladega in 2020 and won at Daytona last year. Blaney has not been to Victory Lane yet this year, but that could change Sunday. It would not surprise anyone if Blaney was the 20th driver in Victory Lane in 2022.