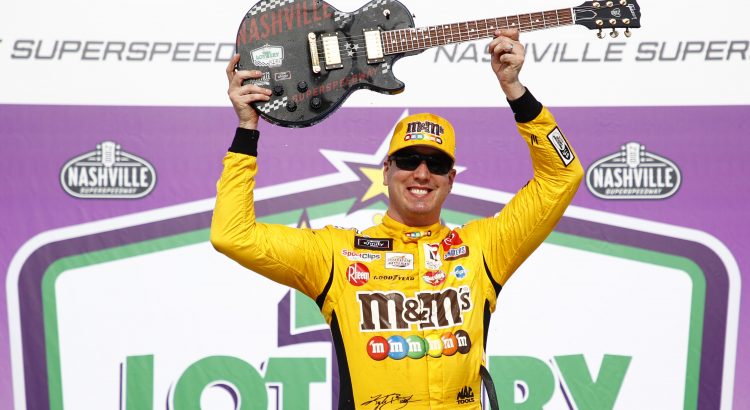 The NASCAR Cup Series will be back after they took a week off for Father’s Day. The “Best Bets” were on fire before the break, so hopefully they continue to cash over the summer. The picks hit with Joey Logano at 16-1 odds at WWT Raceway and then again with Daniel Suarez at 25-1 odds at Sonoma. Will we see another long-shot in Victory Lane Sunday? Maybe, but I like some of the favorites this week. 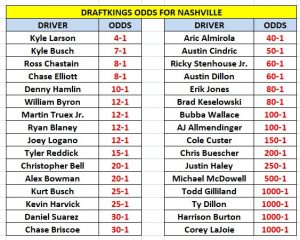 KYLE BUSCH (7-1): Busch has been the best driver on the intermediate tracks so I am going to wager on the No. 18 car despite the fact that he is one of the favorites to win Sunday. Busch finished 2nd (WWT Raceway), 2nd (Charlotte) and 3rd (Kansas) in his previous three races on intermediate tracks. His second-place finish at WWT Raceway should translate into success in Nashville.

ROSS CHASTAIN (8-1): Chastain should be the favorite to win Sunday. This is a home race for Trackhouse Racing since they have their headquarters in Nashville. The No. 1 team has been fast in every race this year and I have been told they spent a lot of time working on their cars so they can win in front of their employees from Nashville. Chastain finished second at Nashville last year. He is much better in 2022. There is a good chance a watermelon will be smashed in Victory Lane Sunday.

JOEY LOGANO (12-1): Logano has been good on the tracks under 1.5-miles in length this year. WWT Raceway is similar in size and banking as Nashville and Goodyear will be bringing the same tire compound to the race this week. Logano won the race at WWT Raceway and the No. 22 car should be fast Sunday. I wish Logano was a little further down the odds list, but I will still take him at 12-1 odds.

WILLIAM BYRON (12-1): I like Byron’s odds this week. The No. 24 team has been in a slump since their win at Martinsville, but a week off to reset and a trip back to flat track should get Byron back on track. He led 122 laps and finished third at Richmond and Byron led 212 laps and won the race at Martinsville. Byron finished third at Nashville last year. He should have a good chance to win Sunday.

CHRISTOPHER BELL (20-1): Bell was on a hot streak before the Cup Series took a trip to Sonoma. He finished his last six races on intermediate tracks in the top-10. Bell finished 6th at Richmond and 9th at WWT Raceway. He just needs crew chief Adam Stevens to get Bell some better track position at the end of the race and he could be in Victory Lane. His 20-1 odds will not last until Sunday because he is too good of a value to pass up.

LOG SHOT SPECIAL: ARIC ALMIROLA (40-1): I am going to take a chance with Almirola this week. He is one of the best drivers in the Cup Series at the flat intermediate tracks. He won the race at New Hampshire last year and he finished fifth at WWT Raceway two weeks ago. Almirola also had a good race at Nashville last year. He started on the pole and finished fourth in the race. He is a good bet at 40-1 odds.