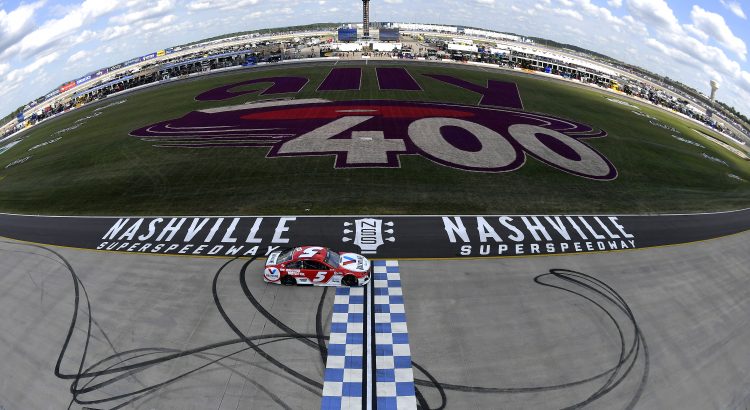 The Cup Series returns after its only week off in the 2022 season. A new chapter for the Cup Series starts this week. The NASCAR on Fox season is complete and now it is NBC’s turn to take the Cup Series to the checkered flag in the championship race at Phoenix. It all starts Sunday with a trip to Nashville for the second time. The Gen-7 has produced some good racing this year and I expect the same in the Music City.  The Ally 400 can be seen Sunday at 5 p.m. ET on NBC. 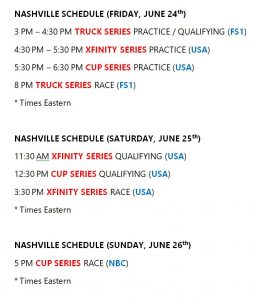 Nashville Superspeedway is a 1.33-mile, tri-oval track. It is hard to compare Nashville to any other track on the schedule because of its unique size and shape. I would say it is like a larger Richmond Raceway. Nashville also has similar size and banking as World Wide Technology Raceway (WWT Raceway). I used the data from the races at Richmond and WWT Raceway for the rankings this week. I also used the data from the race at Phoenix and Dover since there are some similarities to those tracks. This should give us a good idea of which drivers will run up front Sunday.

The race last year was completely dominated by Kyle Larson. He led 264 of the 300 laps on his way to Victory Lane. We have not seen many drivers dominate a race like that this year. The Gen-7 car has produced more cautions and tighter racing. There should be more lead changes this week and a closer race for the checkered flag.

Don’t forget… Trackhouse Racing assembles their cars in the old Chip Ganassi Racing shop in Concord, NC, but their headquarters are in Nashville. Team owner Justin Marks said at Media Days last February, “We would like to win every race, but the race at Nashville is important to us. That is our home track and it will be an opportunity for many of the Trackhouse Racing employees to see our drivers on the track. Daniel Suarez finished 7th in that race last year. I expect we will be strong at Nashville again this year.” The Trackhouse Racing drivers (Ross Chastain and Daniel Suarez) have been fast this year. I gave them a bump in the rankings this week.

Here are my Driver Rankings for the Ally 400…