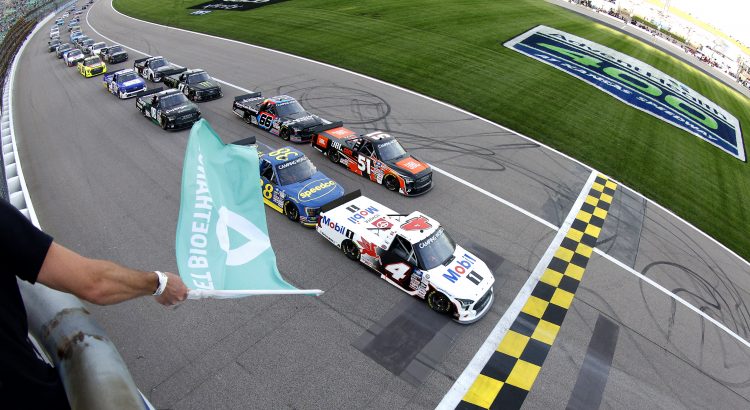 The Truck Series will join the Xfinity and Cup Series at Kansas Speedway this weekend. The Truck Series drivers have a lot on the line Friday night. The Kansas Lottery 200 will be the last race in the Round of 10. Grant Enfinger won at Lucas Oil Raceway so he is locked into The Round of Eight and Chandler Smith won at Richmond so he also has a spot in the next round. Zane Smith, John H. Nemechek, Ty Majeski, Stewart Friesen, Ben Rhodes, Matt Crafton, Carson Hocevar and Christian Eckes will try to join Enfinger and Smith in The Round of Eight.

The Truck Series was given 20 minutes to practice before they set the field through qualifying. Most of the teams were able to make some long runs since Kansas is a 1.5-mile intermediate track. The trucks that posted the best speed on the long runs should be the trucks running up front Friday night.

Here are the practice speeds for Friday’s Truck Series race… 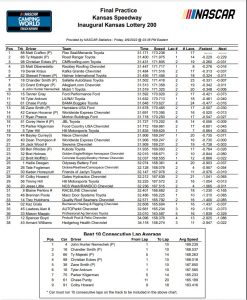 My strategy this week will be to pay up for at least two dominators. I will also build some balanced lineups where I can fit at least five drivers with a good chance to finish in the top-10. The Truck Series is so unpredictable that it makes sense to have as many good drivers as possible in your lineup, instead of building a “stars and scrubs” lineup.

The drivers who should be to top dominators for the race Friday night include: John H. Nemechek, Ty Majewski, Ryan Preece, Corey Hiem and Chandler Smith 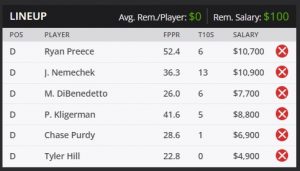 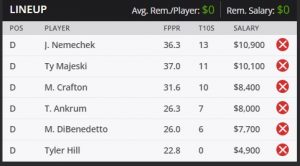