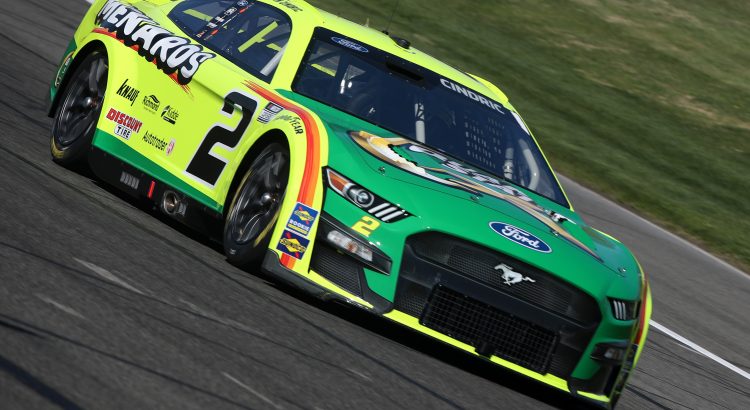 The NASCAR Cup Series will complete their regular season with a trip back to where it all started… Daytona International Speedway.  This will be the last chance for the drivers to secure a spot in the playoffs. 15 of the 16 spots are already taken. Will we get another first time winner in Victory Lane Saturday night? Anything can happen in Superspeedway races, so it should be a wild race with a lot of chaos. The Coke Zero 400 can be seen Saturday night at 7 p.m. ET on NBC.

You need to decide what your goal is this week. I know some of you are awarded prizes in your league for finishing first at the end of the regular season. The drivers who are likely to score the most points Saturday night are the drivers who will race hard to finish up front in Stages 1 and 2. The drivers who are already locked into the playoffs will try to get as many points as possible to move up in the playoff standings or secure a playoff point with a Stage win. These drivers include Denny Hamlin, Joey Logano, Kyle Busch, Chase Elliott, Kevin Harvick, Christopher Bell, William Byron and Austin Cindric. All of these drivers have a history of running up front and Daytona and they typically score a lot of Stage Points. They will be the best drivers for your lineups if you must score well to secure the end of the regular season prize.

My goal this week is to save allocations. Yes, it would be nice to stack some Stage Points, but it is more important to select drivers who have a history of finishing up front on the Superspeedways, but are not great on the smaller oval tracks. I cannot afford to burn an allocations with the drivers listed above so I will take a chance with some drivers I do not plan to use much in the final 11 races.

RYAN BLANEY (5): I doubt Blaney will get much sleep this week. He is the only driver in the playoffs on points. He will not make the playoffs if a driver scores their first win in the 2022 season Saturday night. Blaney already said that his teams views the race at Daytona as a “must win situation.” If any driver could win in this situation, it is Blaney. He won this race last year and he has three trips to Victory Lane at Superspeedways on his resume. Blaney was also leading the final lap in the Daytona 500 this year when his teammate (Austin Cindric) moved him out of the way. Blaney has a lot to race for so he will be in my starting lineup Saturday.

KYLE LARSON (4): I used Larson for qualifying points last week and it paid off. The Driver Group Game lineup scored 20 bonus points for qualifying. I will try to do it again this week. I know I am starting Ryan Blaney Saturday night so I need a driver who can win the pole. The best choice in the field is Larson. He won the pole for this race last year and then showed up at the Daytona 500 and won the pole again. I will have Larson in my lineup and hope he can win his third pole in a row at Daytona and score me the 10 bonus points that come with it.

BUBBA WALLACE (6): Who is the best driver in the sport on the Superspeedways? Ryan Blaney, Denny Hamlin and Joey Logano are very good, but an argument can be made that it is Bubba Wallace. He finished second in his last two races at Daytona and he won the race at Talladega last year. Wallace needs a win to secure a spot in the playoffs. He has the skills to get to the front and have a good chance to win the race Saturday night. This is the best race of the year to use an allocation with Wallace.

CHRIS BUESCHER (7): You can call him Chris or Christopher… He doesn’t care. Buescher just wants his name called when they hand out playoff spots at the end of the race Saturday night. Buescher has been on a hot streak lately. His average finishing position in his last four races is ninth. He won the Duel at Daytona race in February and ran up front in the Daytona 500. I will take my chances with Buescher this week.

BRAD KESELOWSKI (7): Keselowski has not been very good this year, but he was one of the best drivers at Daytona. Keselowski won his Duel race and then he scored 15 Stages Points and finished ninth in the Daytona 500. Keselowski needs a win to secure a spot in the playoffs. He has seven wins on the Superspeedways on his resume (the most in the Cup Series). This is a great race to use your allocations with both RFK Racing drivers.

ARIC ALMIROLA (8): Almirola said in media days before the 2022 season started, “You have to love to race at Daytona. If you do not like this type of racing, you are never going to win. I love it. That is why I have so much success at the track.” Almirola is another driver in a “must win situation.” He has the skills to get the jobs done. Almirola has two wins at the Superspeedways on his resume, including one win at Daytona. He finished fifth in the Daytona 500 in February and I think he will finish up front again Saturday night.

MICHAEL MCDOWELL (7): I really thought we hit a homerun with McDowell last week. He knows he needs to get to Victory Lane in order to secure a playoff spot. He almost got it done at Watkins Glen and now he gets to compete at a better track for him…Daytona. McDowell won the Daytona 500 last year and he finished seventh in the Daytona 500 this year. McDowell finished 7th, 2nd, 39th (engine blew up), 1st and 9th in his last five races at Daytona. The only thing stopping McDowell from finishing in the top-10 is mechanical failure. I plan to use another allocation with McDowell Saturday night.

AUSTIN CINDRIC (3): Cindric won the Daytona 500 this year but that is not why he is in my lineup. I plan to use Cidric for qualifying points this week. The Team Penske cars typically have a lot of speed at Daytona and his Roush-Yates engine should give Cindric a good chance to start up front and score bonus points for my team. I am not worried about using him in the race if I have too. I have three allocations left with Cindric, three allocations left with Daniel Suarez and three allactions left with Erik Jones. There are 11 races left on the schedule. I can use AJ Allmendinger at the Charlotte Roval and Michael McDowell at Talladega. I can use Cindric, Jones and Suarez in the other nine races.