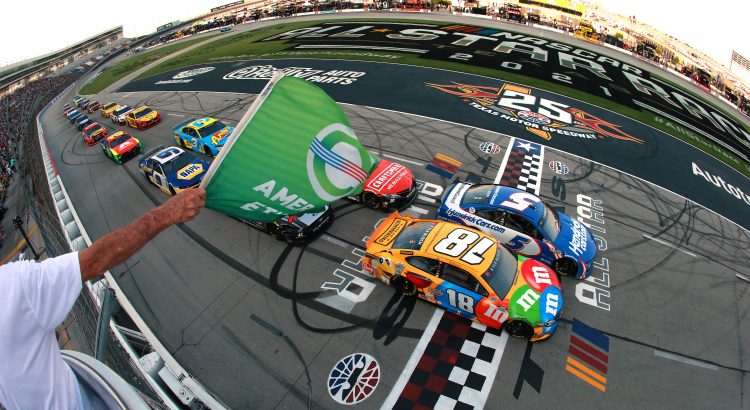 The NASCAR Cup Series has now completed its fluky portion of the playoffs and now moves onto the Round of Eight. This round should much easier to handicap. The drivers from Hendrick Motorsports, Joe Gibbs Racing and Team Penske have been the best on the 1.5-mile tracks this year. It should not surprise you to see they are the only teams left in the playoffs. You cannot go wrong with any of the playoffs drivers in your lineup at Texas.

Everything is bigger in Texas. That includes the races. The Autotrader EchoPark Automotive 500 not only has one of the longest names of the season; it also has 334 laps Sunday (501 miles). That is a lot of time for drivers and pit crews to make mistakes. I recommend saving your top drivers (Kyle Larson, Kyle Busch, Denny Hamlin if you have any allocations with these drivers) for the shorter race at Kansas Speedway next week and taking some chances with some mid-tier drivers Sunday.

Here is my starting lineup for the Autotrader EchoPark Automotive 500…

Starting Driver: Ryan Blaney (7): Ryan Blaney will be my pick for Group A Sunday. Blaney is always good on the 1.5-mile tracks. He won at Atlanta and he finished fifth in the last two races on the 1.5-mile tracks (Atlanta and Las Vegas). Blaney dominated the race at Texas last year. He won both Stages and led a race-high 150 laps. I am hoping he can have similar success Sunday. Blaney should be a safe pick from the fourth starting position.

Use if You Can: Chase Elliott (0): Chase Elliott is the best pick for Texas but I am out of allocations with the No. 9 car. Elliott finished third in the All-Star Race at Texas in June. He had the second-fastest Green Flag Speed (behind Kyle Larson) and the best Driver Rating (128.3) in the race. Elliott just finished second at Las Vegas last month. He should have a good chance to win Sunday. Only play Elliott if you have two or more allocations left with the No. 9 car. You need to save your last allocation with Elliott for Martinsville.

Allocation Saver is Brad Keselowski (7): Brad Keselowski is the last driver to qualify in the Round of Eight. He starts off this round 16 points behind his teammate (Ryan Blaney) for the cut-off for the final four at Phoenix. That really does not matter though because drivers know their best chance to earn a spot in the final four is to win a race. The race at Texas is Keselowski’s best chance to get to Victory Lane. Keselowski finished second in the All-Star race at Texas in June and he finished second at Las Vegas and third at Kansas (two similar tracks to Texas). Keselowski will be a good pick Sunday.

Starting Driver: Tyler Reddick (3): Tyler Reddick will be my driver from Group B Sunday. He started off the season struggling on the 1.5-mile tracks but he found some speed over the summer. Reddick finished 7th at Kansas, 9th at Charlotte, 6th at Atlanta and 6th at Las Vegas. He is also averaging 12 Stage points in those four races. Reddick should score more Stage points and finish in the top-10 again Sunday.

Starting Driver: Austin Dillon (6): I will stack the Richard Childress Racing drivers in Group B this week. Austin Dillon has been better than his teammate (Tyler Reddick) on the 1.5-mile tracks this season. Dillon has finished all of the races on the intermediate tracks in the top-13. His average starting position is 13th and his average finishing position is 10th. Dillon won the race at Texas last year. The Richard Childress Racing cars finished No. 1 and No. 2 at Texas last year. I am hoping they can do it again.

Use if You Can: Kyle Larson (0) is the best pick in the field Sunday. I am out of allocations with Larson but if I had one left, I would use it this week at Texas. He starts on the pole and he won the All-Star Race at Texas in June. Larson is going to be tough to beat Sunday.

Use if You Can: Kyle Busch (1) is the second-best pick in Group B. He has the best average finishing position on the 1.5-mile tracks this year. Rowdy finished six of the seven races on the 1.5-mile tracks in the top-five this season. That is insane consistency. I only have one allocation left with Rowdy and I want to save it for Kansas. I expect Busch to finish up front Sunday and earn a spot on the front row at Kansas. He won the race at Kansas in May. I expect the No. 18 car to be in Victory Lane next week too. Use Busch over Austin Dillon if you have two or more allocations left with No. 18 car.

Other Good Choice Kurt Busch (0): I am out of allocations with Kurt Busch but I would use him over Austin Dillon if I had any left with the No. 1 car. Texas is the second-best 1.5-mile track for Busch behind Atlanta. His consistency at this track is ridiculous. He has finished 7th, 8th, 9th, 9th, 7th, 7th, 9th and 10th at Texas since 2016. Busch should easily finish in the top-10 Sunday.

Chase Briscoe (7): Chase Briscoe has been running well lately. He is probably the second-best driver from Stewart-Haas Racing right now. Briscoe finished his last two races on the 1.5-mile tracks in the top-15. He finished 15th at Atlanta in July and Briscoe finished 14th at Las Vegas last month. Clint Bowyer always ran well at Texas in the No. 14 car. I will play Briscoe in Group C and hope he can have the same success Sunday.

Other Good Choice: Bubba Wallace (6): I had to choose between Bubba Wallace and Chase Briscoe for this race. I trust Briscoe slightly more than Wallace, so the No. 14 car gets a spot in the lineup. Wallace should be good too. The No. 23 car has come to life since they switch to Bootie Barker as the Crew Chief. Wallace finished 16th (Bristol), 16th (Las Vegas), 1st (Talladega) and 14th (Charlotte Roval) with Baker on top the Pit Box. That is steady production from Wallace over the last month.