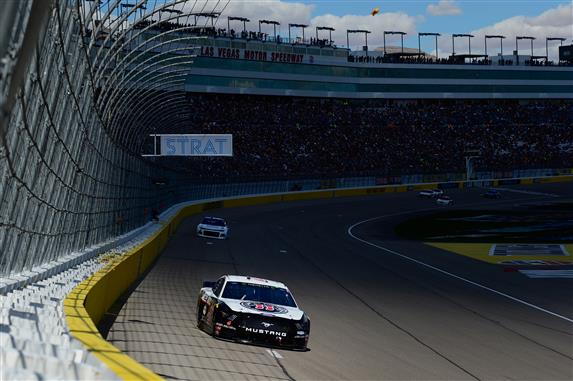 The Daytona 500 is in the books and we survived. Hopefully you were able to take our insurance policy (Denny Hamlin) out of the garage and put him in your lineup for William Byron. If you did, you were able to switch out the last-place driver for the first-place driver. That is why we need a good driver in the garage. The picks scored 150 points and are currently beating 95.1% of the competition. Not bad. Now onto to Las Vegas… The Pennzoil 400 can be seen Sunday at 3:30 p.m. ET on Fox.

Here are my picks for the race in Las Vegas….

Kevin Harvick: Harvick lead the Cup Series in Driver Ranking on the 1.5-mile tracks last year, had the best Driver Ranking from the two races at Las Vegas and he had the second best average finish at the 1.5-mile tracks in the playoffs last year. Harvick finished 2nd and 4th in the two races in Sin City in 2019 and he won one pole, led 135 laps and scored 35 Stage points. To say he was a good pick is an understatement. Harvick should be just as good Sunday. The No. 4 car posted the 4th fastest speed in final practice and the fastest long-run speed. I expect Harvick to dominate this race.

Martin Truex Jr.: Truex Jr. has been by far the best driver from the Joe Gibbs Racing stable at Las Vegas. He won the last race at the track in September and he finished 8th last March. The word in the garage is that Truex has the best car over the long runs. His car simply does not loose speed over a 30 lap run. That is what helped him win last year. The two races at Las Vegas average 84 green flag laps before we saw any cautions. It will likely be the same Sunday and that will make the No. 19 car hard to beat.

Joey Logano: Logano won this race last year. He followed it up with a dominating performance in September where the No. 22 car led 105 laps, score 19 Stage points but got shuffled back to a 9th-place finish. The No. 22 car started practice with the same setup that Logano spanked the field with last year. He went straight to the top of the speed chart. Paul Wolfe worked on the long-run speed in final practice. This is one of the best tracks for Logano so I will use an allocation with him Sunday.

Brad Keselowski: Keselowski has been outstanding at Las Vegas for a long time. He has finished 3rd, 2nd, 1st, 6th, 5th, 1st, 7th 1st and 3rd in his last 9 trips to Sin City. The No. 2 car is almost a lock for a top-five finish Sunday. He did not post a blazing fast speed in final practice but I would not worry about it. The No. 2 car spent a lot of time working in the pack and then dropping to the back to see if he could race to the front. Keselowski liked his car and he knows what he needs to win at this track. I will take a chance with the Blue Deuce Sunday.

Ryan Blaney: Blaney has finished three of his last four races in Sin City in the top 5. He will be paired with the crew chief that won this race last year, Todd Gordon. His crew chief knows how to set up a car for this track so that should help Blaney Sunday. The No. 12 car posted the 8th-fastest speed in final practice but the car was consistently fast. Blaney had the 3rd-fastest car when you combine the speeds from the two practices. The No. 12 car finished 5th in the last race at Las Vegas and it would not surprise me if Blaney was in the top-5 again Sunday.

Kyle Larson: Larson has finished four of the last five races at the track in the top eight. It would have been five-for-five it he did not have a late race pit penalty last year. He really liked his car in practice yesterday. He was 7th-fastest in final practice but he told his team, “I can get more out of it if you want me to run up against the wall.” The team told him to save that speed for the race. Larson finished 3 of his last 5 races in Sin City in the top 3. The No. 42 car should be up front again Sunday.