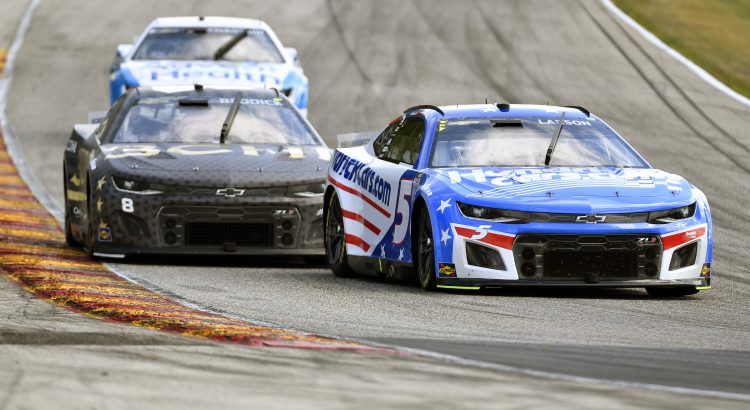 The NASCAR Cup Series will compete on another road course race this weekend. This time the race will be at Watkins Glen. The Cup Series had some good races at on the road courses (Sonoma and Road America) and some not so good races (Indy). I expect the race this week to be cleaner then the mess they had at Indy last month. It should be fun to see if the Cup Series can add another new winner this week. The Go Bowling at the Glen can be seen Sunday at 3 p.m. ET on USA Network.

There is no reason to save allocations anymore. There are only two races left on the Fantasy Live season and that includes the race at Daytona next week. Simply use the best drivers possible Sunday. That does not mean you need to use the top drivers (Denny Hamlin, Kyle Busch, Martin Truex Jr. and others) simply because you have allocations left with these drivers. Some of the mid-tier drivers have had a lot of success on the road courses this year and they will be good picks once again Sunday.

Here are the picks for the Go Bowling at the Glen… 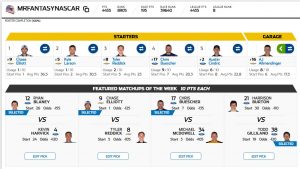 CHASE ELLIOTT (1): I hope you have an allocation left with Elliott. If you do, use it Sunday. Elliott finished 1st, 1st and 2nd in his last three races at Watkins Glen. He also finished fourth at COTA, eighth at Sonoma and second at Road America this year. He has been on fire this summer so there is no reason to fade the No. 9 car at Watkins Glen.

KYLE LARSON (1): Larson was a beast on the road courses last year. He won three of the seven races, including at trip to Victory Lane in the Go Bowling at the Glen. “Yung Money” has not been as good this year, but his best race was his third-place finish at Road America. That is the most similar track to Watkins Glen. Larson posted the fastest speed in practice and qualified second for the race. Larson should spend a lot of time up front and score a lot of Stage Points Sunday.

TYLER REDDICK (2): Reddick won the last two races on road courses (Road America and Indy). Can he make it three in row Sunday? Reddick posted the eighth-fastest speed and qualified fifth for the race. The weird thing about Reddick this year is that he has only scored one Stage Point, despite finishing up front in almost all of the Road Course races. I will still play Reddick and hope he runs closer to the front Sunday and still finishes in the top five.

CHRIS BUESCHER (9): Could Buescher become the 16th driver to visit Victory Lane before the playoffs start? I would not bet against him. He is very good on the road courses and he is good at Daytona too. Buescher nearly won the race at Sonoma in June. He has another fast car this week. Buescher posted the sixth-fastest speed in practice and qualified seventh for the race. This is a good race to use an allocation with Buescher.

AUSTIN CINDRIC (6): Cindric has been the most consistent driver on the road courses this year. He is the only driver in the field to finish all four races in the top-10. Cindric finished eighth at COTA, fifth at Sonoma, seventh at Road America and second at the Indy Road Course. Cindric should run up front Sunday, score a lot of Stage Points and have a good chance to extend his streak of top-10 finishes on the road courses to a perfect five-for-five.

GARAGE DRIVER: AJ ALLMEDINGER (8): Allmendinger has the talent to win the race Sunday. The question is… Does he have the car to win the race? He has won a Cup Series race at Watkins Glen before. He is always good when his car does not have mechanical issues. Allmendinger liked his car in practice. He posted the third-fastest speed and qualified sixth for the race. I will have Allmendinger in the Garage as an insurance policy Sunday.