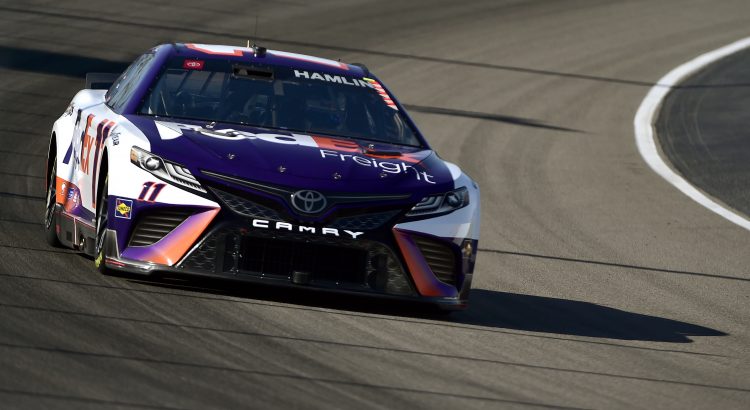 The NASCAR Cup Series travels back to the Midwest to race for the first time at the World Wide Technology Raceway (WWT Raceway). This is a 1.25-mile, flat track that should put on a good show if it is anything like the races at Phoenix and Richmond earlier this season. The Enjoy Illinois 300 can be seen Sunday at 3:30 p.m. ET on FS1.

The Cup Series had a different schedule this week because they are competing at a new track. The teams were allowed to practice for 50 minutes Friday and then qualify the cars Saturday. The race Sunday is only 300-miles long so that means there will not be a lot of time during the race to adjust the cars. The practice speeds will be more important this week, but I am still focusing the picks on the drivers who have run well this year; especially on the short, flat tracks.

Here are my picks for the Enjoy Illinois 300… 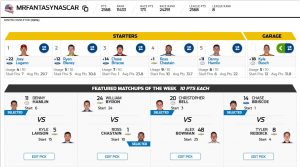 RYAN BLANEY (5): Team Penske hit a homerun with their setup for the race at WWT Raceway. All three Team Penske cars finished No.1, No. 2 and No. 3 on the speed chart and they posted the top-three speeds on the long-run speed chart too. Blaney qualified fifth for the race. The No. 12 car should spend a lot of time running up front, scoring Stage Points with a good chance to win Sunday.

CHASE BRISCOE (7): When I talked to my friends who work in the NASCAR garage they told me that the most similar track to WWT Raceway is Phoenix. That means Briscoe should be a good play this week. The No. 14 car won the race at Phoenix and he has had success at WWT Raceway too. Briscoe won the pole, led 88 laps and finished second in the Truck Series race at WWT Raceway in 2017. I will take a chance with Briscoe so I can save my top drivers for other races.

ROSS CHASTAIN (9): Chastain has two starts at WWT Raceway in the Truck Series. That includes a trip to Victory Lane in 2019. Chastain finished second at Phoenix this year and he has another fast car this week. Chastain posted the ninth-fastest speed in practice with the fifth-fastest long-run speed. Chastain qualified 10th for the race. I have too many allocations with Chastain left so I am going to start using them in the second-half of the season.

DENNY HAMLIN (6): Remember earlier in the season when everyone was thinking, “What the hell happened to Hamlin this year? He sucks!” Well, those days are behind us. Hamlin just won at Charlotte and he finished fourth at Kansas. He has always been one of the best drivers on the short, flat tracks. Hamlin posted the seventh-fastest long-run speed in practice and qualified sixth for the race. I will use another allocation with Hamlin Sunday.

GARAGE DRIVER: KYLE BUSCH (5): Busch has competed in three races in the Xfinity Series at WWT Raceway. He won one of the races and finished the other two in the top-10. The No. 18 car looked like the best Toyota in practice. Busch posted the 10th fastest speed and the fourth-fastest long-run speed. His pit crew has been lightning fast this year too. I like having Rowdy in the Garage as an insurance policy Sunday.