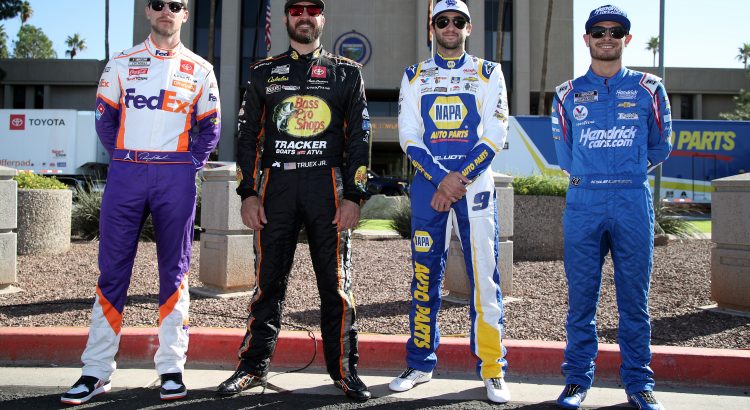 The Cup Series traveled west, had a practice session and the field was set through a qualifying sessions (the way it should be). Now it is time to set our Fantasy NASCAR lineups and crown a champion. Before I get into the picks for the race at Phoenix I wanted to say THANK YOU for subscribing to my website. I know you have options for your Fantasy NASCAR advice and I truly appreciate that you give FantasyRacingTips.com the chance to be your “Fantasy NASCAR Crew Chief” in 2021. Hopefully you were able to have some success in your leagues. I always do my best to give you the most accurate advice I can. I will work hard in the off-season to get information on the NexGen Car so we can be prepared for the 2022 season. I hope you decide to return to the website for another season of Fantasy NASCAR advice.

Now onto the picks for the championship race at Phoenix….

My goal in the One & Done game each season is to have an average finishing position of 15th place or better. I found over my 27 years of playing Fantasy NASCAR that I can usually finish near the top of my One & Done league standings if my drivers average a 15th place finish or better. The average this season sits at 14.8 with one race to go. We had some bad luck this year, but overall it was not too bad. We are going to need some luck with the pick this week at Phoenix. 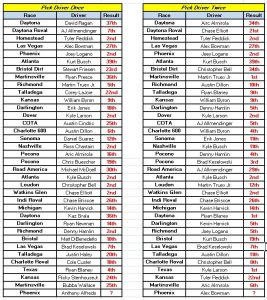 This is race 36 of the season and it is tough to find 36 good drivers for your One & Done Game. The drivers I have available for Phoenix include Anthony Alfredo, B.J. McLoed, Cody Ware, Quin Houff, Josh Bilicki, Garrett Smithley and Joey Gase. Not a lot to choose from.

I will roll the dice with Anthony Alfredo. It is going to be tough to get a top-15 finish from Fast Pasta this week. His average finishing position this season is 27.3 but he did finish 20th last week at Martinsville. Maybe he will get lucky with a pit strategy and finish inside the top 20 Sunday.

Fantasy Live is always my best game. The picks for this game have beaten 99% of the competition in every season since 2011. This year the regular season picks outscored 99.4% of the competition. That is pretty good but it is the worst I have done in five years. It took me a while to figure out Kevin Harvick was not the same driver he was last year and that burned me early in the season. The playoff picks are currently beating 96.3% of the entries. We are going to need a near perfect race to reach 99% for the playoffs, but it may be possible. I am sure there are some people out there who do not realize the Championship Four drivers do not receive Stage Points Sunday. I hope you were able to have success in your leagues this season.

I am fading Kyle Larson, Chase Elliott, Denny Hamlin and Martin Truex Jr. at Phoenix. They all have a great chance to finish in the top five but they will not receive Stage Points. That is 20 points they will be giving up to the field in Fantasy Live. I will be loading my lineup with drivers who are not racing for a championship, but have run well on the short, flat tracks this season.

Here are my picks for the championship race at Phoenix…

Be safe over the offseason and I hope to have you back in February for the Daytona 500!