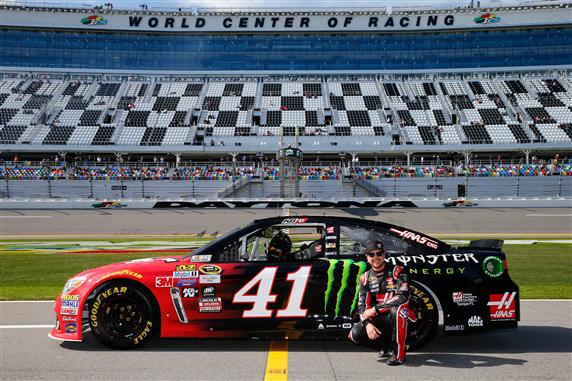 The 2017 NASCAR season is right around the corner. In order to get fantasy teams ready for the new season I decided to recap the 2016 season for my top 30 drivers and preview how I think they will perform this year. Each day I will post two driver previews until my No. 1 fantasy driver is revealed. I will continue my rankings with Kurt Busch.

2016 RECAP: Kurt Busch was a good but not great fantasy option for most teams in 2016. He had one win (Pocono), nine finishes in the top five and 21 finishes in the top 10. Busch was one of the hottest drivers at the start of the season. He finished 16 of the first 18 races in the top 10. He cooled after the first race at New Hampshire. He was able to make it to the Round of Eight in the Chase but finishes of 22nd at Martinsville and 20th at Texas prevented him from making it to the final four.

A stat that most people do not realize about Busch is that he has been the second-best driver at the road courses the last three seasons. In 2016 he finished 10th at Sonoma and 11th at Watkins Glen. Busch has finished the last eight races at these tracks in the top 12. He should be a threat to win one of these races in 2017.

2017 PREVIEW: The No. 41 car will look similar in 2017 as it did last year. Monster Energy will once again be the primary sponsor and Tony Gibson will be the crew chief. Busch has often been considered to have a hot temper, but his relationship with Gibson has seemed to change the veteran driver. I am glad to see the two stay together and I think the No. 41 team will post another 20+ top-10 finishes this season.

The switch to Ford should not hold the team back. Stewart-Haas Racing has shown they can overcome adversity. Tony Stewart won the Sprint Cup Championship only three years after starting his own team. Kevin Harvick won the Sprint Cup Championship in his first season at Stewart-Haas Racing. The team knows how to adapt to change and I expect the new Fords for the No. 41 team will be just as fast as what they had last year.

I think Yahoo Fantasy got it right with Busch this year. Busch was placed into Group B and he will be one of the most popular drivers in the group this year. Busch does not win enough races or lead enough laps to be considered a Group A driver. He is good enough to be considered one of the top two or three drivers in Group B. Fantasy players will want to use their allocations with Busch wisely this season. I would avoid using him at the Superspeedways (Daytona and Talladega) because he will have more value at the down-force tracks. He best tracks will be Atlanta, Richmond, Pocono, Kentucky and Chicago.

I expect Busch to be priced around $25 in Fantasy Live. At one time last year Busch was priced over $27 in the game. That was too expensive for a driver who does not lead many laps. Fantasy players will want to select Busch in Fantasy Live at Pocono, Atlanta, Chicago and Sonoma. These are his best tracks.