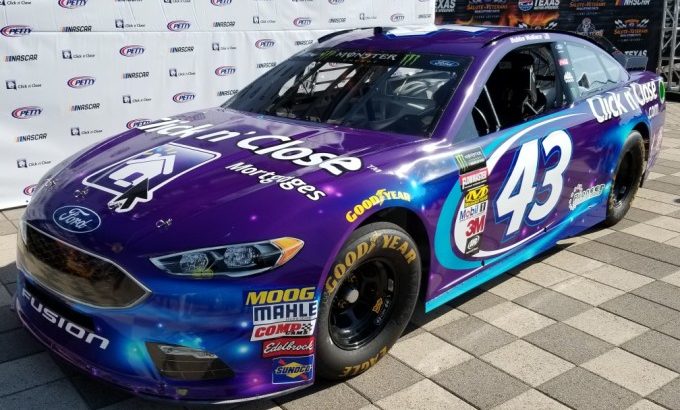 2017 RECAP: What an emotional season it was for Darrell “Bubba” Wallace Jr. last year. He started the season running well in the Xfinity Series and then he was notified after the Charlotte race that his team was being shut down. The next week he was notified by Richard Petty Motorsports that they wanted him to fill in for an injured Aric Almirola at Pocono. Wallace drove the No. 43 car in four races with an average finishing position of 17.7. He must have made a good impression on the team because they signed him to be their fulltime driver for the 2018 season.

2018 Preview: There will be a lot changes with the No. 43 team in 2018 and most of them are positive. Bubba Wallace Jr. will be the driver and Drew Blickensderfer will once again be the crew chief. Richard Petty Motorsports announced in December that they will switch from Ford to Chevy in 2018 and be aligned with Richard Childress Racing. It was surprising to hear that RPM will actually move their cars to the Richard Childress Racing shops in Welcome, North Carolina. It doesn’t get any closer then that between two teams in an alliance.

Wallace will compete for the Rookie of the Year award in 2018. I expect the team to get off to a slow start since so many changes are in place. They should pick up some momentum after the spring races and have a lot of fantasy value in the summer and fall races. Wallace will be a good pick in salary cap games as long as his price is cheap.

When Bubba Wallace Jr. climbs into the No. 43 car at Daytona it will be his first race on the Superspeedway (Daytona and Talladega) in a MENCS car. He had limited success in the Xfinity Series at Daytona (finish 2 of his 6 races in the top 10) but he really struggled at Talladega (ranked as his 3rd worst track). There are better options for your fantasy team at the Superspeedways in 2018.

Bubba Wallace Jr. will have some fantasy value at the steep tracks (Bristol, Dover and Darlington). Bristol ranks as the 2nd best track for Wallace when he competed in the Xfinity Series. He was just a middle of the pack driver at Dover and Darlington though. I would not recommend using Wallace in the first race at Bristol, but I think he could be considered once the team starts to come together later in the season.

Bubba Wallace Jr. does not have much experience at the road courses and this will make it difficult for him in 2018. The Xfinity Series and the Camping World Truck Series do not compete at Sonoma so the race this summer will be his first time at the track. Wallace usually ran outside the top 10 in the Xfinity Series at Watkins Glen and the competition is much tougher in the MENCS. It is hard to imagine Wallace having much success at the Glen this season.