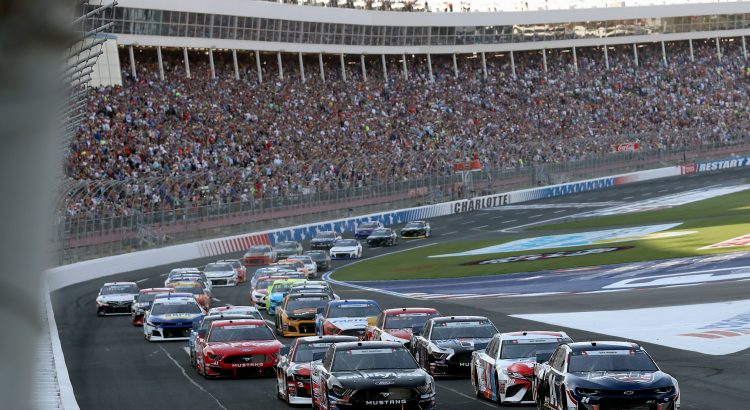 The Cup Series will have a home race this week when they celebrate Memorial weekend by running the Coca-Cola 600 at Charlotte Motor Speedway. This is the longest race in motorsports so be sure to have a comfy spot on the couch… it is going to be a long night. The Trucks and Xfinity Series will also be racing this weekend. Here is the schedule for the races at Charlotte…

The race Sunday is a “Crown Jewel” race for the Cup Series. We can use all of the data to predict which drivers will be fast in the race but what truly matters is avoiding mistakes. 600 miles is a long time to be on the track. The drivers will have to make roughly 14 pit stops. The teams will have to have a fast car, a fast pit crew and a driver who can avoid pit road penalties in order to be in Victory Lane this week. So who are the drivers with the best chance to run up front? Here is the data I used to figure it out…

The Cup Series has had back-to-back races on 1.5-mile tracks (Kansas and Texas). I used the average green flag speed from these two races to figure out the majority of my rankings this week. I also used some of the data from the race at Las Vegas since that is a similar track to Charlotte. Finally, I want to figure in momentum so I used the data from the last four races (Texas, Kansas, Charlotte and Dover) since each race uses the same aero package (670 HP aero package with a 4” spoiler) Sunday evening.

Here are my Driver Rankings for the Coca-Cola 600…