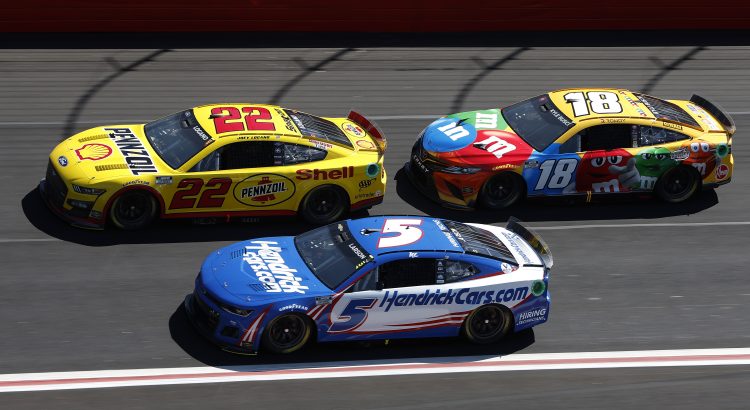 The One & Done picks are performing well so far. My goal each year is to have my driver finish each race in the top-15. All of the picks have reached my goal this year and the average finishing position in the first four races is 10.5. Not too bad, but it is going to take some luck to keep the hot streak going Sunday.

Atlanta Motor Speedway was repaved and reconfigured. The Cup Series had three drivers (Kurt Busch, Ross Chastain and Chris Buescher) participate in the “Group Test” at Atlanta in January. The word from the garage is that the new track has blazing fast speed. The draft came into play in the test so NASCAR decided to bring the Superspeedway aero package to the track this week. We know how much luck comes into play at Daytona and Talladega. It could be the same at Atlanta. 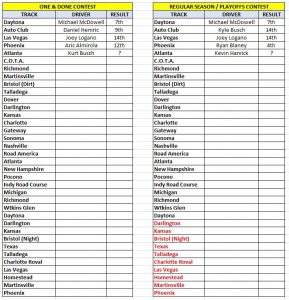 ONE & DONE PICK FOR ATLANTA: Kurt Busch will be my One & Done pick this week. Atlanta has historically been his best track and he won the last race at AMS. But really, that does not matter. The reason I am selecting Busch is because he has more track time than the other drivers at the new Atlanta and he starts ninth. Busch participated in a tire test at Atlanta and they were able to make a lot of long runs. His team should have a good idea of how the tires will wear in the race. He has been pretty consistent too this year. Busch finished fifth, 13th and eighth on the west coast. He should have a good chance for a top-10 finish Sunday.

Kevin Harvick will be my One & Done pick and I will use him in games that reset at the end of the regular season and in games where you can use a driver more than once. Harvick used to be a lock for One & Done Contests at Atlanta because he ran right against the yellow line and no one could pass him. The other drivers referred the fast way around Atlanta as “Harvicking.” Now we have a new surface and a new reconfiguration. I doubt Harvick will dominate this race like he used too, but he should finish in the top-10. Stewart-Haas Racing seems to have their mojo-back.