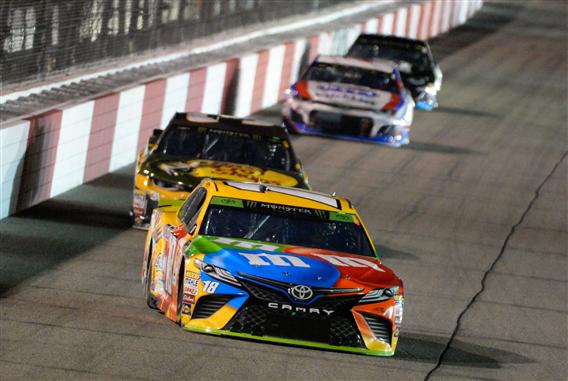 The NASCAR Cup Series playoffs will continue this week with a Saturday night short-track race at Richmond. This will be the second trip to Richmond Raceway in 2021. The Cup Series competed at this track in April. The race was dominated by Denny Hamlin, but Alex Bowman took advantage of a late caution to steal the win away from the No. 11 team. A lot of the playoff drivers have a hole to dig out of and it will be fun to see how they manage the pressure. The Federated Auto Parts Salute to American Heroes 400 can be seen Saturday evening at 7:30 p.m. ET on NBCSN.

Ryan Newman was my One & Done pick at Darlington. He entered the race with a 13th-place average finishing position in his last 6 races at the Track Too Tough to Tame. We got about what we expected from Newman. He ran most of the race inside the top-15 and finished 14th when the checkered flag was waived. Not too bad. 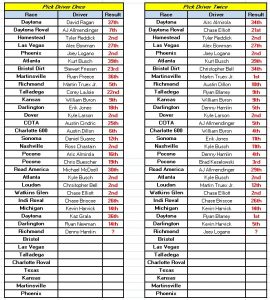 My One & Done Pick for Richmond: Denny Hamlin

I have been saving Denny Hamlin for this race because he always runs well at his home track and he led 207 of the 400 laps at Richmond in April. Maybe I should have used Hamlin last week at Darlington, but I think he will be good again Saturday night. Hamlin will start from the front row and he will have a premium pit stall. He should also have the fastest car if they bring back the same setup they used in April. I will roll the dice with Hamlin at Richmond.

I will use Joey Logano in games where we can use a driver more than once. I already used Denny Hamlin twice in this format so he is not available for me this week. Logano was almost as good as Hamlin at Richmond in April. The No. 22 car started 5th, finished 3rd in both Stages, led 49 laps and finished 3rd. Logano has been the second-best driver (behind Denny Hamlin) in the oval races where the 750 HP aero package has been used this year. Logano should finish in the top-five again Saturday night.