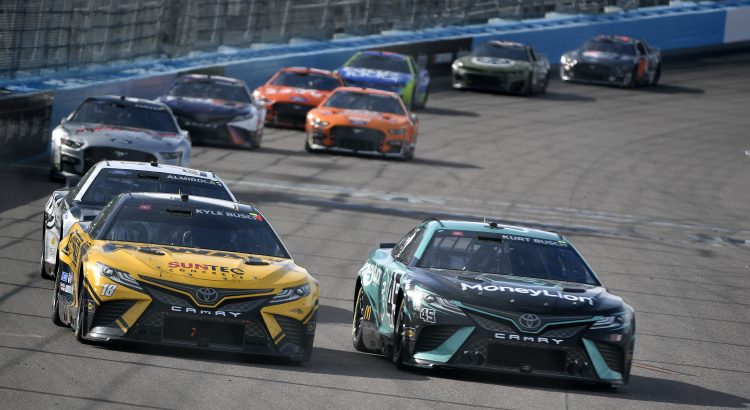 The Cup Series will compete at World Wide Technology Raceway (WWT Raceway) this week. The Trucks and Xfinity Series have competed at this track before, but it will be the first race for the top series in NASCAR. This is a short, flat track, similar to Phoenix, Richmond and New Hampshire. So far the Gen-7 car put on a good show at Phoenix and Richmond. I expect the racing will be pretty exciting at WWT Raceway.

The teams were given 50 minutes to practice Friday since this is a new track for the Cup Series. This is also one of the shortest races of the year (300 miles). There will not be a lot of time to work on the car during the race so what we saw in practice should translate into results during the race.

We needed some luck for the One & Done picks and we got it last week at Charlotte. The Coca-Cola 600 was a mess. The race was filled with cautions and it seemed like the teams had a hard time getting any momentum during the race. Kyle Busch was the One & Done pick and he looked awful. Every time the camera was on the No. 18 car, Busch was in the pits getting work done. I was hoping Rowdy would simply finish in the top-15, but he “backed his way” into a second-place finish. I will take it. 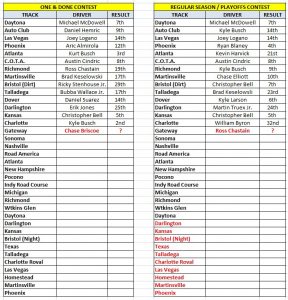 Here is my One & Done pick for the Enjoy Illinois 300…

ONE & DONE PICK FOR WWT RACEWAY: CHASE BRISCOE will be my One & Done pick Sunday. The No. 14 car won the race at Phoenix and he has had success at WWT Raceway too. Briscoe won the pole, led 88 laps and finished second in the Truck Series race at WWT Raceway in 2017. Stewart-Haas Racing hasn’t been great this year but they have been good on the short, flat tracks. Briscoe posted the 11th fastest speed in practice but the word on the radios is that many of the drivers were trying to simulate his line around the track. Briscoe should be a good pick again Sunday.

ONE & DONE PICK FOR WWT RACEWAY: ROSS CHASTAIN will be my pick in games where you can use a driver more than once during the season. Chastain has two starts at WWT Raceway in the Truck Series. That includes a trip to Victory Lane in 2019. Chastain finished second at Phoenix this year and he should finish in the top-five Sunday.