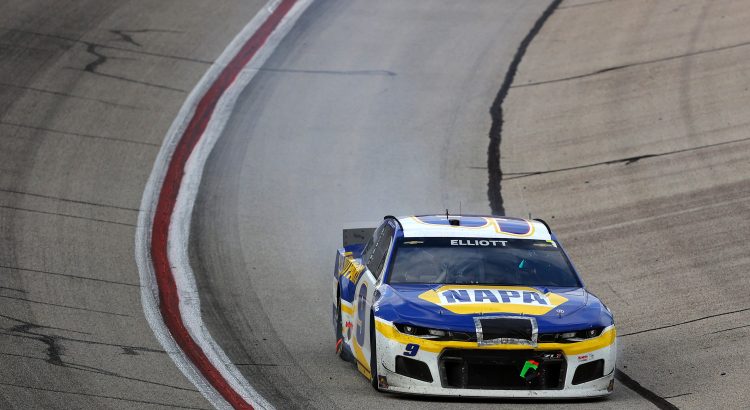 The Cup Series did not have any track time to prepare for the Quaker State 400. Atlanta Motor Speedway is considered a Superspeedway after the track was repaved last year. That means the Cup Series will use the 510 HP aero package with the 7” splitter. The Superspeedway package is used at Daytona, Talladega and Atlanta. This means the teams did not have practice for the race.

Mother Nature did not cooperate for qualifying Saturday. The rain came, so the field was set “per the rule book.” That means the only data we have to use for the race is from the previous race at Atlanta in March and the other two races on the Superspeedways (Daytona and Talladega).

Here is my starting lineup for the Quaker State 400…

CHASE ELLIOTT (6): Elliott is on a hot streak right now after his win in Nashville and his second-place finish at Road America. Now he gets to race at his home track. Elliott had one of the best cars at Atlanta in March and he should be fast Sunday. The No. 9 car should score a lot of points from the pole position and with the No. 1 pit stall. I have plenty of allocations left with Elliott so I will burn one in this race.

ROSS CHASTAIN (4): I am running low with my allocations with Chastain but he is too good to fade right now. The No. 1 car finished second at Atlanta in March and there is no reason to believe Chastain will not run up front again Sunday. I expect the No. 1 car to score a lot of Stage Points and finish in the top-10, with the upside to win the race. I will burn another allocation with Chastain this week because there is no guarantee he will be this good in the playoffs.

WILLIAM BYRON (5): Byron completely destroyed the field in the first race at Atlanta. He led a race-high 111 laps, had the best driver rating (134.9), scored 11 Stage Points and won the race. The No. 24 team has the best notes to work from for the race Sunday since there was no practice and qualifying was rained out. I will go ahead and use an allocation with Byron and hope he has the same speed Sunday that he had at Atlanta in March.

DANIEL SUAREZ (5): Suarez had a fast car in the first race at Atlanta in March. He scored Stage Points in both Stages and finished fourth. Trackhouse Racing has been fast at every track and there is no reason to believe their cars will not be fast Sunday. I will use another allocation with Suarez while Trackhouse Racing has an advantage over the competition. There is no guarantee their speed will last all season.