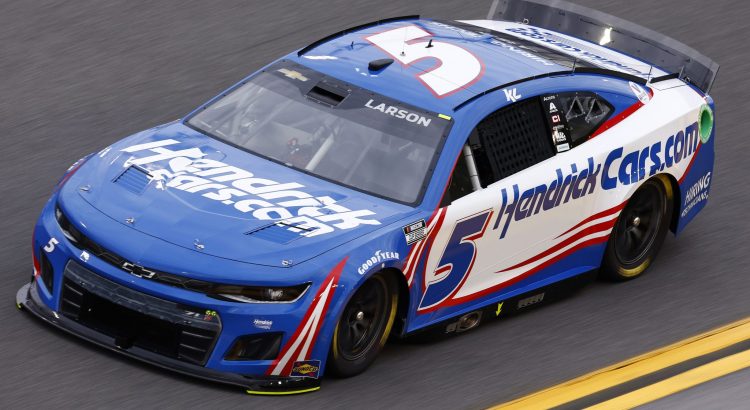 The Cup Series will compete at Las Vegas Motor Speedway Sunday afternoon. We should be able to dial in the picks a bit more than last week. NASCAR changed the practice rules for the Pennzoil 400. The teams were allowed 35 minutes to practice, instead of the 15 minutes they had at Auto Club Speedway. Most of the teams made a long run in practice, so this should give us an idea of which drivers are best for our starting lineups in the Driver Group Game.

Here is my starting lineup for the Pennzoil 400…

Kyle Larson (9): I did not use Larson last week because I wanted to see how fast he would be in the Gen-7 car. I will not make that mistake again. Larson posted the fastest speed in practice, had the fastest 10-lap average speed and he qualified second. He won this race last year and he won the last three races on the intermediate tracks. Larson will have a good chance to go to Victory Lane again Sunday.

Joey Logano (9): Las Vegas Motor Speedway is statistically the best track for Logano. His 8.2 average finishing position in his career is his best average at any track. Logano won two of the last three races in March at LVMS and his crew chief (Paul Wolfe) has four wins at the track. Logano posted the sixth-fastest speed in practice and qualified sixth. Logano is at his best early in the season, so I will use an allocation with the No. 22 car Sunday.

William Byron (9): Who has been the fastest driver in the Cup Series so far this season? It has been Byron. His Average Green Flag Speed in the best is the Cup Series. Byron looks lightning fast again. Byron posted the fourth-fastest speed in practice, had the second-fastest 10-lap average speed and the No. 24 car had the fastest speed on the 15-lap average speed chart. His car is the fastest on the long runs. The only reason why Byron qualified 14th is because he was one of the first to go out in qualifying. Byron should have a good chance for a top-five finish Sunday.

Austin Cindric (8): The No. 2 car has had a lot of success at Las Vegas Motor Speedway. The car has only finished outside the top-10 once since 2012. That was with Brad Keselowski behind the wheel. So how will Cindric do? He was only 18th fastest in practice but he took some notes from the No. 12 car and it worked. Cindric qualified third for the race. Cindric should be able to add another top-10 finish to the No. 2 car’s resume at LVMS.